SPILL CONTEST – WIN A COPY OF THE VERVE ‘A NORTHERN SOUL’ BOXSET!

WE ARE GIVING AWAY A COPY OF THE VERVE A NORTHERN SOUL BOXSET TO ONE LUCKY FAN!

About The A Northern Soul Boxset

Presented as a 3-CD box set, the super deluxe edition of A NORTHERN SOUL comes with a booklet featuring new interviews and previously unseen photos. Limited edition, remastered vinyl versions of the original LPs for both A NORTHERN SOUL (2-LP Gatefold) and their 1993 debut album A STORM IN HEAVEN (1-LP) will also be released in faithful reproductions of the original packaging. 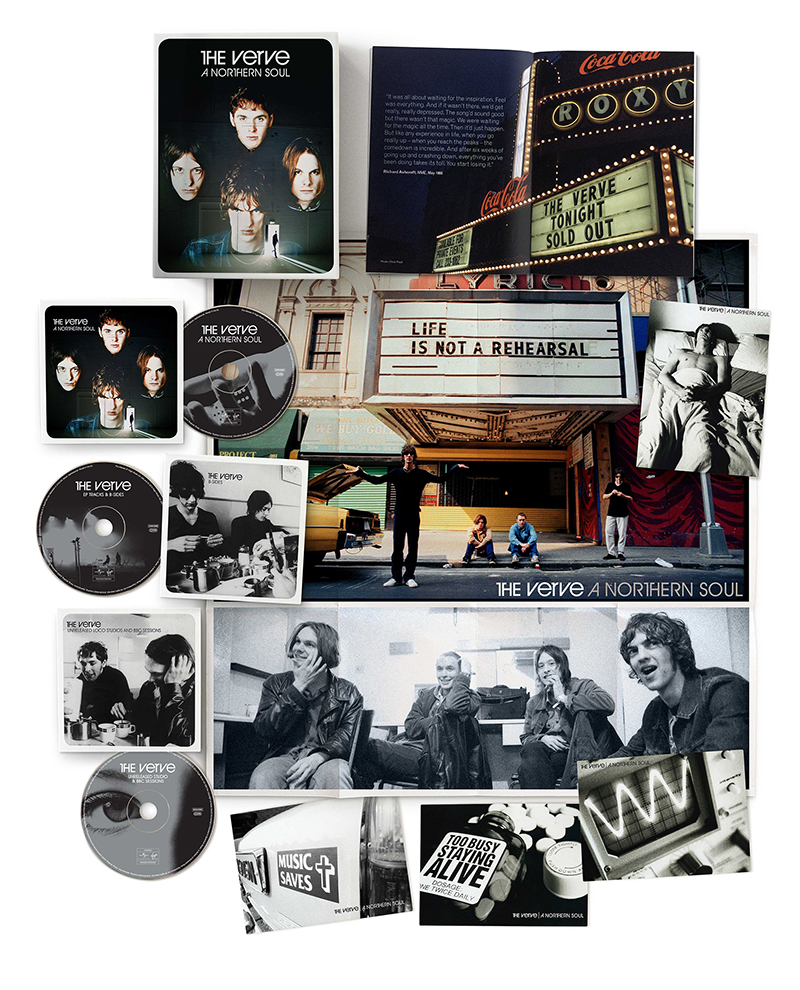 Beginning with a psychedelic sound, by the mid-1990s the band had released several EPs and three albums. It also endured name and line-up changes, break-ups, health problems, drug abuse and various lawsuits. The band’s commercial breakthrough was the 1997 album Urban Hymns, one of the best-selling albums in UK Chart history. The album features the hit singles “Bitter Sweet Symphony”, “The Drugs Don’t Work” and “Lucky Man”. In 1998, the band won two Brit Awards—winning Best British Group, appeared on the cover of Rolling Stone magazine in March, and in February 1999, “Bitter Sweet Symphony” was nominated for the Grammy Award for Best Rock Song.

Soon after their commercial peak, the Verve broke up in April 1999, citing internal conflicts. According to Billboard magazine, “the group’s rise was the culmination of a long, arduous journey that began at the dawn of the decade and went on to encompass a major breakup, multiple lawsuits, and an extensive diet of narcotics”. During an eight-year split, Ashcroft dismissed talk of a reunion, saying: “You’re more likely to get all four Beatles on stage.” The band’s original line-up reunited in June 2007, embarking on a tour later that year and releasing the album Forth in August 2008, which spawned the hit single “Love Is Noise”. Amid revived tensions, the band broke up for the second time in 2009.

SPILL CONTEST: ENTER TO WIN ONE PAIR OF...