Toronto’s Phoenix Theatre has seen a number of different talented acts, even when it was previously named The Diamond. On this night in November, it was no different. With Them Evils, Holy White Hounds, and The Pretty Reckless scheduled, it was sure to host a night that many audience members would remember.

The first act for the bill that night was Them Evils. The best way to describe this trio is simply, “very metal.” There was a lot of head banging, long hair flying, pelvic thrusting, and beer drinking on stage. Their performance was fairly energetic, and with such a fun and gritty sound, it was hard not to enjoy their songs. Them Evils sound similar to that 80s hard-rock-verging-on-metal sound. They played original songs like Put Your Love On Me and Untold, which are gritty and heavy, it wasn’t until they played covers of Ace of Spades and It’s a Long Way to The Top that the crowd really got going.

The American band originally formed in 2014 when Singer and Guitarist Jordan Griffan and Bassist Jake Massanari moved from Las Vegas to Orange County. There, they met David Delaney, who would become their drummer. 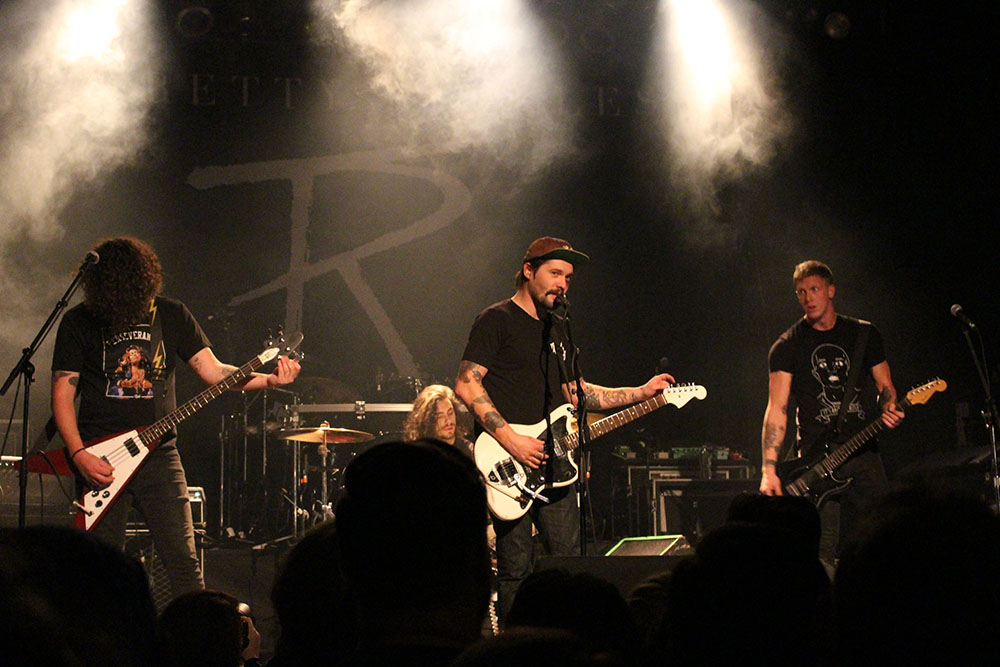 While their stage presence was fairly energetic and their interaction with the audience was a little inclusive, it still took them some time to warm up the crowd. Overall, they were good sports about being lesser-known, and fully addressed that with the audience. True to the nature of the genre, Delaney threw his sticks into the crowd, which was a nice way to end the night.

Holy White Hounds was the next to come on, showcasing their garage-rock tunes. Right from the get-go they were jumping around, playing while lying on the floor, and just having a good time, themselves. There was quite a bit of audience interaction from Dean, with an anecdote on how difficult it was to get into Canada with a band “full of pot heads,” how being from Iowa, they were now from the south, and would refer to the crowd as “y’all,” and doing impressions of Bubbles, Yosamity Sam, and Bugs Bunny.

Forming in 2005, vocalist and guitarist Brenton Dean and bass guitarist Ambrose Lupercal played music locally in Iowa. Although they met producer Brandon Darner around that time, it wasn’t until years later they reached out to him. Since then, Dean and Lupercal, in addition to drummer Seth Luloff and guitarist James Manson, have released their album Sparkle Sparkle and are featured on Apple Music’s Ones to Watch list. 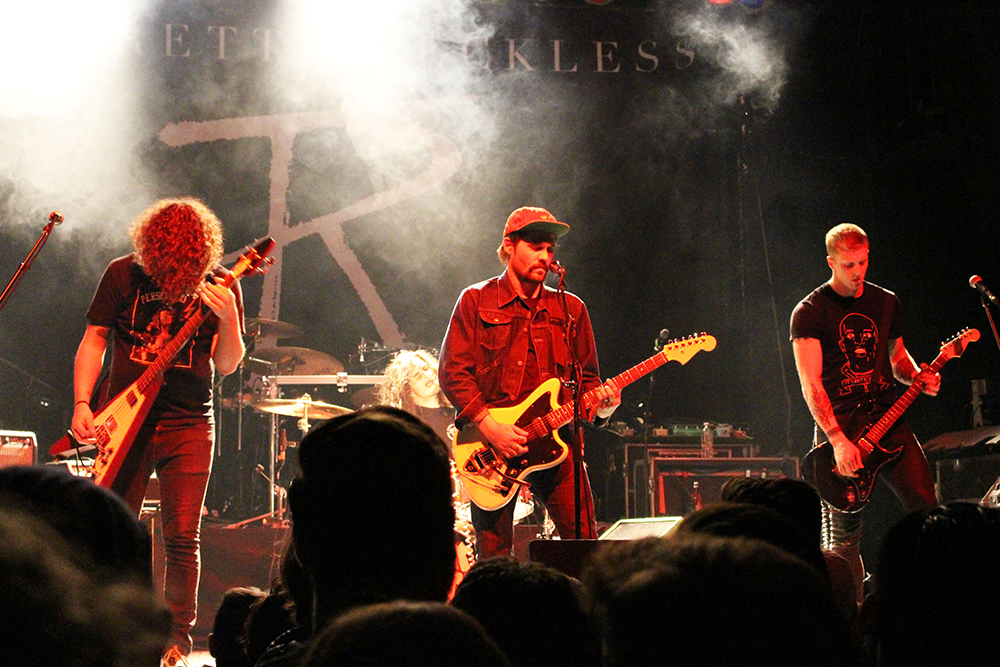 Among their songs played were Switchblade, Blind, and Black Lust. They had a better time getting the crow going, but even then, it was a bit difficult. They were a lot of fun to watch, since their chemistry with each other was very evident – even without the mini kiss between Dean and Lupercal. That night, Holy White Hounds was living up to their garage rock name, but what made them even more so, was the black eye Dean was sporting.

After about 30 minutes of anticipation, The Pretty Reckless finally made their presence known and came out on stage. Opening with Follow Me Down, the crowd roared – despite the few people who still wouldn’t budge – and shook the floorboards.

As expected, there was a lot of hair flipping and sultry movements from singer Taylor Momsen. She wasn’t as energetic as the previous bands, but it was mostly due to the nature of some of the song on the set list, such as My Medicine. She also had some interaction with the audience, such as praising Toronto and mentioning the lack of alcohol consumption on a Sunday night. The Pretty Reckless’s performance was a fun one, though, and while Momsen did steal the show, it’s safe to say all three bands gave it their all that night.

Music and writing have always been a big part of Sabrina's life. She would "borrow" her dad's rock and metal CDs from his collection and listen to them while going through the art books. Although she doesn't write angsty poetry anymore, she does have a Bachelor's Degree in Journalism which she uses to pursue a creative career path. When she's not writing, Sabrina can be found juggling a coffee cup and DSLR or Instagramming her food.

SPILL TRACK OF THE DAY: FUTURE PEERS – “TIME WENT AWAY”