SPILL FEATURE: 14 STEPS TO HARLEM – A CONVERSATION WITH GARLAND JEFFREYS

A CONVERSATION WITH GARLAND JEFFREYS

Garland Jeffreys is a legend.  That is a fact.  I don’t know that he would agree with me, but let it be said, Mr. Garland Jeffreys is a legend.  His first solo album which was self-titled, was released in 1973. For the past 45 years he has produced some of the most thought provoking, stirring, emotional, and rocking and soulful music committed to tape.  He has played with the who’s who of rock and rhythm and blues and he has addressed very serious social issues head on with compassion, love and peace.  April 28 sees the release of his 14th solo album, titled 14 Steps To Harlem.

“This is a wonderful album, the best I have ever done, it is right up there with Ghost Writer,” Jeffreys states to me during a very recent interview.    The title track “14 Steps To Harlem” is the lead off single and the film will be screened at The Harlem International Film Festival in May. “That is a huge honour,” says Jeffreys, “an honour indeed.  I am so so proud of my film being part of the film festival.” 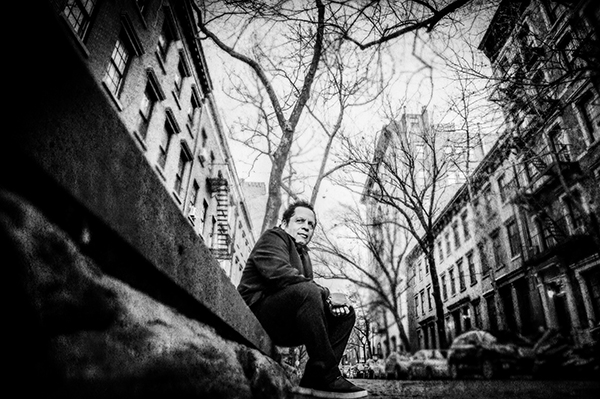 “My father was a valiant guy, never had any money, worked hard every day.  One day he sits me down at the kitchen table and he said to me ‘you’ve been accepted to Syracuse University, and you’re going’.  Now this was a lot of money, money we did not have, but he made the money and I went to Syracuse.  For four years I didn’t see my father much.  He visited one time, and I could not afford to go back to New York, but I learned how to be on my own and I met a lot of great people and made lasting friendships.  That’s where I met Lou Reed, and Delmore Schwartz.  The three of us would go to the Orange Bar, and talk, talk about everything.  Delmore was our mentor and Lou and I stayed friends until the day he died.  So, university was great for me and it was because of my father, he made sure I got there.

“I studied the history of art and The Renaissance, from the 1500’s to the present.  I got to study art in Italy, one of my most favourite places in the world.  I actually lived in Florence for a short time.  I can speak Italian and I learned about art.  It also taught me that art, music everything, it’s all the same thing.  You learn how to be an artist and use your art to express yourself and your ideas.”

But after all of that, Garland Jeffreys is a New York City man.  Born and raised in Brooklyn, New York, New York City is home to him and where he launched his new album, 14 Steps To Harlem. 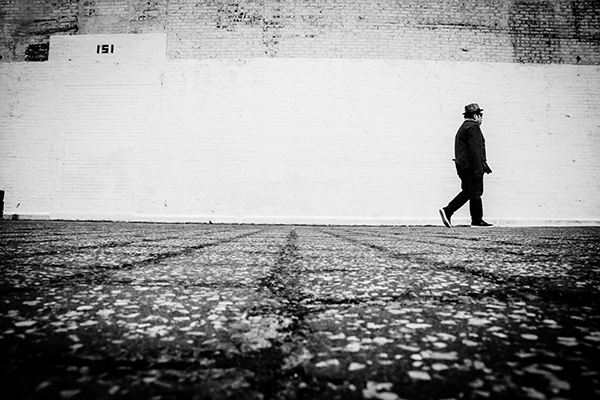 “I am recovering.  We just finished the European tour and ended up at The Winery (City WInery in New York City) for the album release.  It was a fantastic night, a lot of pleasure and joy.  But I love the New York life.  Walking down the street.  My best friends are here and my family.  It is a great city.  I love people, I love people, you can quote me on that.  New York is full of all kinds and I am interested in the betterment people.”  Garland is just getting warmed up.  But the passion you can hear in his music is coming across in the interview.  This man cares.

“People need to be kinder and more accepting for the people who we are and who we can become.  I am compelled to reach out to the next person, I don’t care where they are from or colour.  I experienced racism all my life, I have seen things that you would not believe. Called all kinds of names.   This taught me to look out for the next person.  See some people don’t treat people as well as they should, and given certain governments right now, we have to look out for each other.  People reached out to me when I was a young man, so I am always ready to do what I can.”

And, as great artists do, Garland Jeffreys brings it back to his art, his music.

“I am blessed to have a wonderful band, and I respect my muses.  I am a fortunate guy that I can do what I do.  My father introduced me to a world of jazz when I was young, and I saw the greats in Harlem.  I saw Nina Simone at the Village Gates, got to meet her, played with Sonny Rollins!”

Garland Jeffreys started our conversation by saying this album rivals Ghost Writer, but the truth is, he has not released a weak album.  Go back to his older albums, solid albums that demand attention

14 Steps To Harlem (Universal Music) is available everywhere on April 28, 2017 and Garland will be playing Hugh’s Room in Toronto on May 4.  He is back, working on two new albums and touring.  The world needs Garland Jeffreys and I am grateful that the man is doing what he is doing.