Against Me! w/ Bleached & The Dirty Nil

The line-up was phenomenal, the crowd was engaged from start to finish, and the venue was perfect for this type of show. Not to say that their performance was not on point, but the crowd did seem to get much more tame during Bleached’s performance. The line-up would seemingly be more well placed with Bleached as the first show and The Dirty Nil playing before Against Me!, because of the amount of energy they put out.

Bands that have been around for as long as Against Me! has can really struggle to stay relevant and put on shows that come anywhere close to the intensity of their early years, but that would be a grossly inaccurate way to describe them today. Having seen and covered many Against Me! shows over the years at many different venues, from festivals to smaller venues in Ottawa, Montreal, and Toronto, I can truly say that this was the best performance I have ever seen them put on. There is no mistaking how relevant they are today, even aside from Laura Jane Grace’s own fame, and this show really brought that to light. 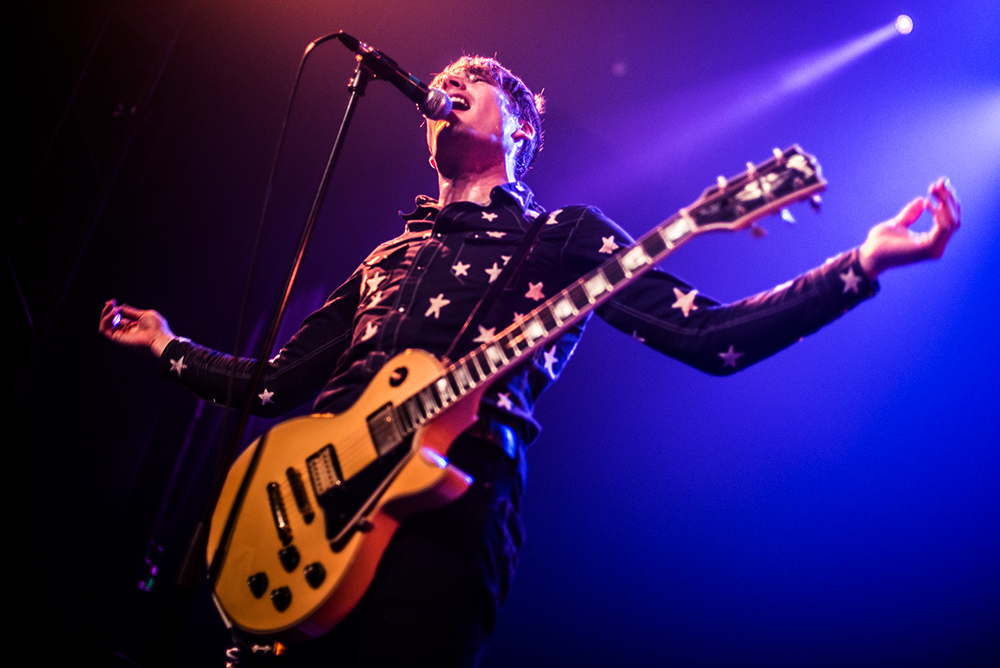 Both bands clearly humbled to be on tour with a band of Against Me!’s stature, Bleached and The Dirty Nil came to play. The Dirty Nil starting off the night was a major loss for anyone that didn’t come out early, as their sheer exuberance and indisputable stage presence could get a crowd going at any time of day. Although, the amount of people that did show up right at the beginning to see the Dundas boys perform was not small. Playing their hit single, “Fuckin’ Up Young”, released after the album Higher Power that earned them a JUNO Award for breakout group of the year mid set, front-man Luke Bentham asked the crowd “does anyone here have Higher Power?” Many fans screaming, he added, “yeah, you and my mom,” laughing and urging people to pick up copies of that and/or their new album, Minimum R&B, which features many tracks just as vivacious as the hit single. 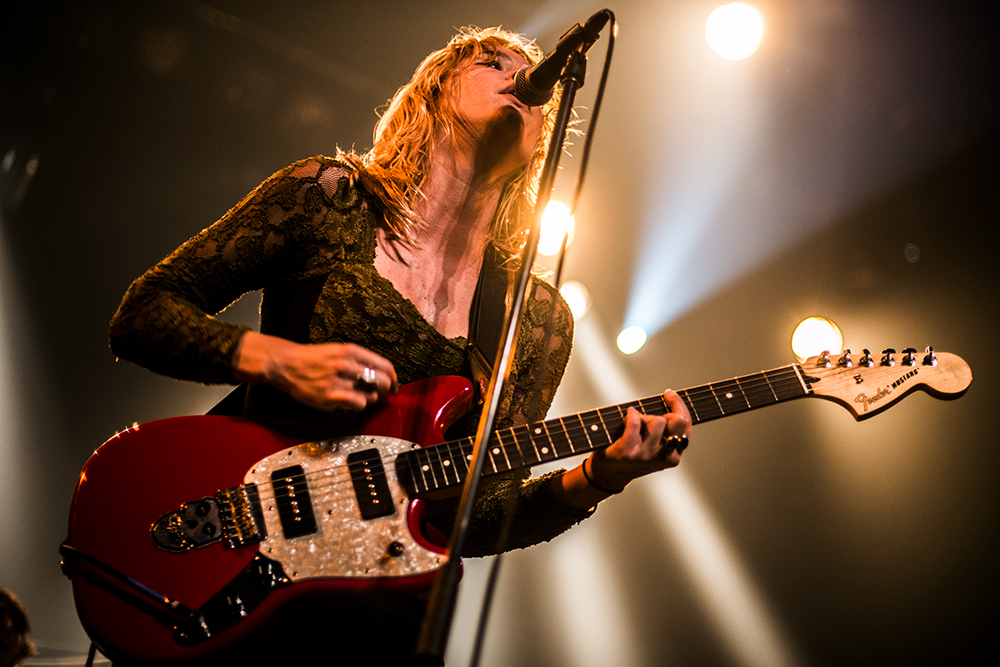 Female led punk bands are few and far between, but Bleached is one that pays homage to sounds of old school punk rock. Rocking a guitar with a Misfits logo on it, Jennifer Clavin has got it all going for her with her voice, her guitar skills, and surprising everyone at the end of the set with her drum skills. Not to mention her sister, Jessica Clavin, shredding like there was no tomorrow throughout the set and ripping the stage apart with her bone tingling guitar solo at the end of the performance, taking it to another level. As entertaining as the shows are for fans to see, they made it clear how much fun the entire tour has been and will continue to be for them. “We’ve been on this tour forever and still have forever to go,” Jessica said, and Jennifer later dedicating their song, Electric Chair, to Ross Miller of The Dirty Nil truly showed how much the bands have been enjoying their time together on the road. 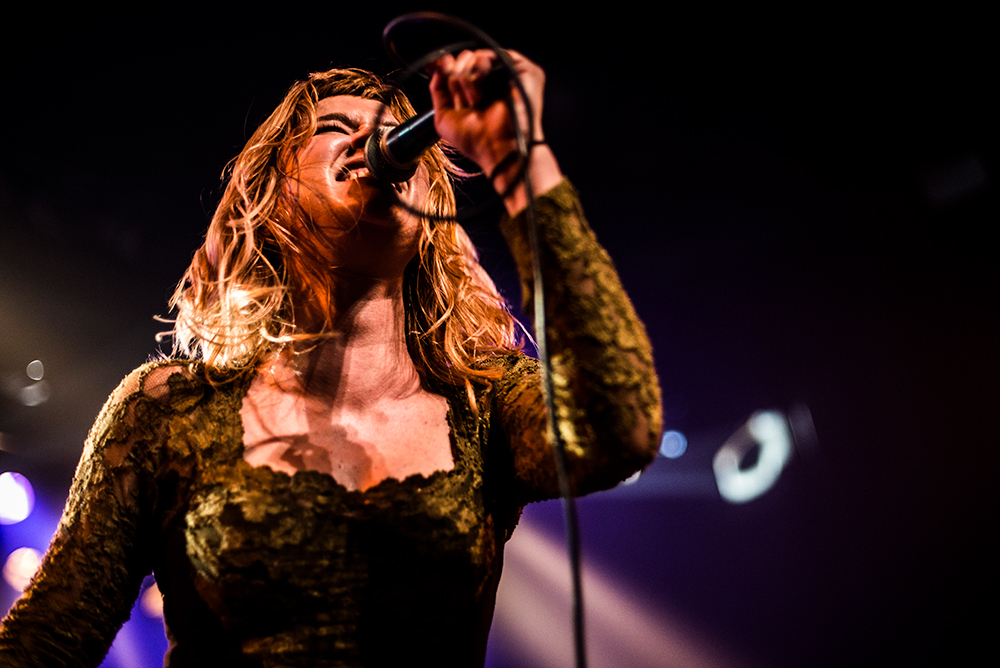 As much as they’ve grown over the years and progressed in so many ways, Against Me! has not once put out an album that a fan would be disappointed in. Their thoroughgoing talent and constant attention to detail is nothing less than astonishing. To have been around for 16 years, the age of some of their fans, and still be producing in the way that they are is just unbelievable. What is even more baffling, is seeing them put on a performance that tops earlier ones. Not many bands can say that they can accomplish what they had in their early days after 16 years, let alone top it. They are arguably happier, more together, and more confident on stage than ever before. Laura Jane Grace proved that affection for the live show with one of her inspirational comments during the set, telling fans that she feels anxious and awkward and out of place at all times other than when she’s on stage. Many can relate to that, with the same feeling on the other side of the stage. 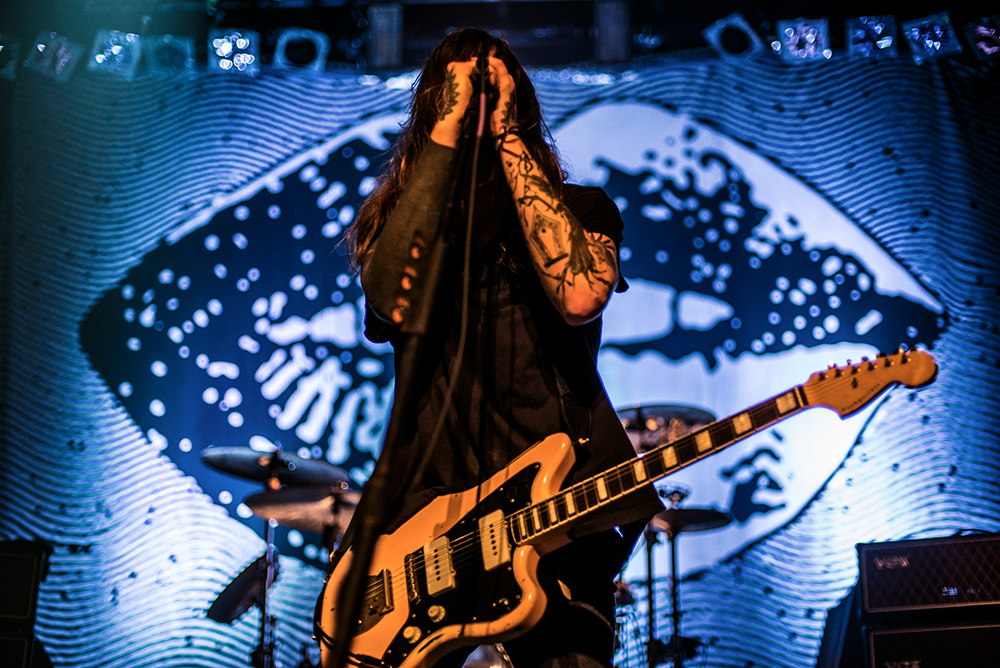 Grace’s readiness to share the microphone with her fans and give them memories that will last a life time goes to show just how embracing her character is. From start to finish, which was a 26-song show including the just as enthusiastic encore, the band and crowd were in unison. The set list can be found below, but fans were treated to songs off of White Crossesand Reinventing Axl Rose, and of course as one of Grace’s main influences, a couple Tom Petty songs in tribute to the late musician. 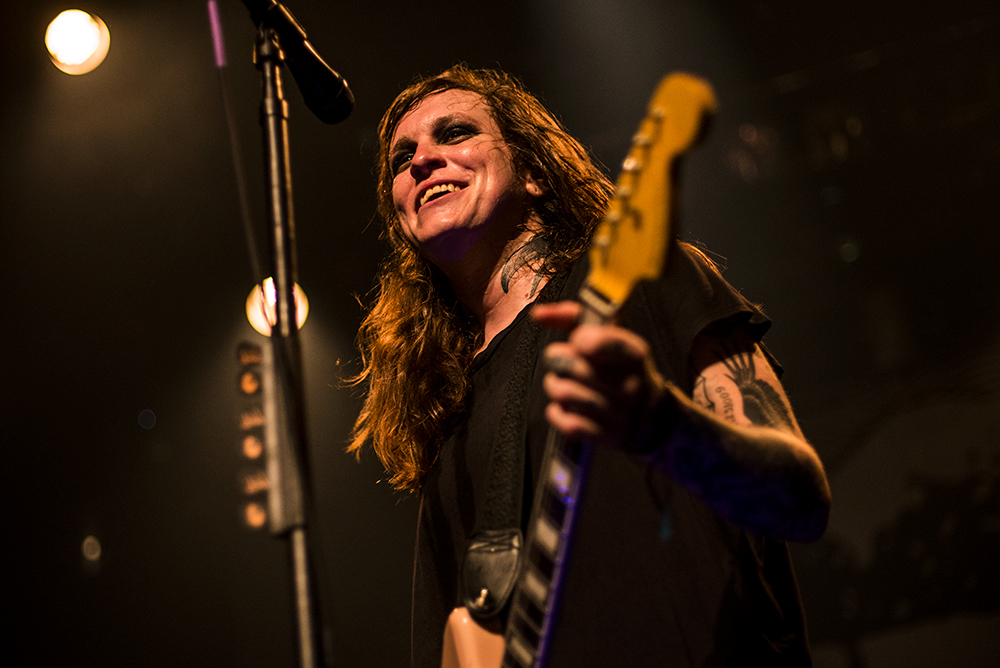 There isn’t enough space in a review to truly say just how phenomenal this band is, how many lives they’ve changed, or how many lives she’s changed on her own. The list could go on forever, but for now, here are some more pictures of the best Against Me! show I’ve seen in the many years they’ve been enhancing Canada’s music scene.

SPILL ALBUM REVIEW: LIAM GALLAGHER – AS YOU WERE