A CONVERSATION WITH ANDREW W.K.

Andrew W.K. released his first full-length studio album in 9 years on March 2, 2018 titled You’re Not Alone, a collection of writings that date as far back as 2005 and have been meticulously sculpted into a beautiful uplifting set of KILLER anthems. After years of bloggers hinting at the possibility of AWK hanging up his larger than life hard rock style of music and production, he seemingly comes out of nowhere with a grand slam of hits that will be with us until the end of time.

In a recent conversation with AWK, I attempted to unscramble this ongoing and seemingly endless PARTY theme that he aggressively thrusts on anyone willing to give his music a chance. AWK went on to explain:  “Moving to New York City put me in a position to receive a VISION from the party gods and that I could only relinquish control to them; that happened around age 19 and ever since I’ve been at their mercy. By giving this overwhelming and at times confusing VISION a dimension, or a shape or an identity, it simply came down to identifying it as the PARTY”.  After understanding his vivid and detailed depiction, it became abundantly clear that his meaning of PARTY goes FAR beyond the cases of beer, drugs and other indulgences found at your typical PARTY, this idea stretches into higher states of consciousness, eternal well being, self awareness, individual life missions and the pursuit of happiness to merely scratch the surface. 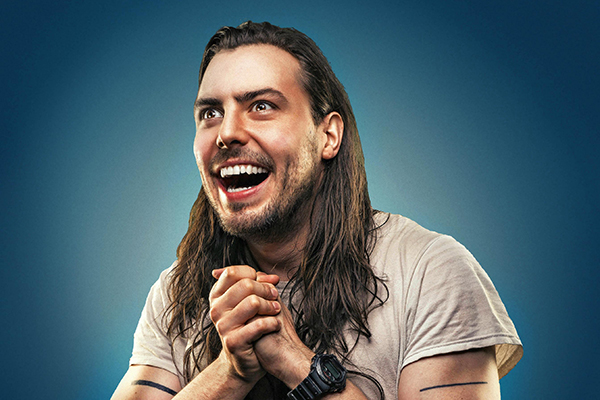 The above statements certainly put the new album into perspective along with all previous releases for that matter. Andrew W.K. really does love you, his message is not fake, and this is why he makes the music he does. He writes introspective lyrics to figure things out in his own life and spreads his very potent message to the masses in hopes that his fans can relate and overcome whatever malevolent forces may be keeping them down.

The lead single “Music Is Worth Living For” is a rather dangerous track, it will intrigue you, grab a hold of you, then sink it’s 8 inch teeth deep into your soul. Not since early mega hits like “Party Hard”, “She Is Beautiful” and “Never Let Down”,  have we (the audience) been kicked in the face on such a hyper cosmic level that is truly mind altering. The song tells you the visceral story of how AWK pulled himself out of extremely dark places to make this record happen and keep the PARTY rolling on. When discussing the motivation behind the song, AWK tells me “I tell the lowest and most flawed parts of myself, ‘They will not get the better of me, music wants to prevail, and music believes in me. Music is giving me the strength and purpose to overcome.’ ” 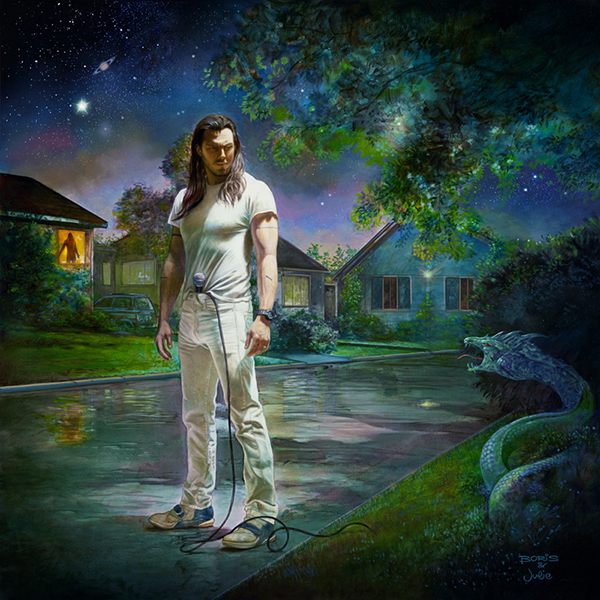 PURCHASE YOU ARE NOT ALONE

The day of the interview, the song “Ever Again” simply wouldn’t stop pounding my brain with its uplifting lyrics and beastly production. While chatting about this powerhouse song and asking about the specific lyrics “I Found The Answer” and “I learned a lot from my trip to the dark side”, AWK explained that finding the answer is merely a fantasy that he is singing about, and that he dreams of finding that answer someday. On the flipside he also explains how he has spent the better part of his life on the dark side where more recently he almost didn’t make it out alive. This song is about positive change and conscious decisions to improve life and well-being.

With an obvious curiosity about the LONG nine-year gap between full-length AWK albums, we examined topics of side projects, starting a label,  production duties and different musical directions. During this discussion, Andrew justified in what seemed like an apologetic manner “I had no idea how long I was away between albums. 2006 until now felt like 2 years really, I didn’t realize until 2016 when someone asked me if I was going to make a 10 year anniversary celebration for “Close Calls With Brick Walls.” I couldn’t even believe all that time had gone by, I was absolutely shattered.”

As we tackled the subject of the track “Give Up On You”, another monumental motivational piece that is clearly written to cheer people up where the lyrics scream “WE WON’T GIVE UP ON YOU”, it was explained that “it’s something I created that you simply can’t destroy, its a song that’s here forever. You can’t beat the song down, you can’t take it away.” 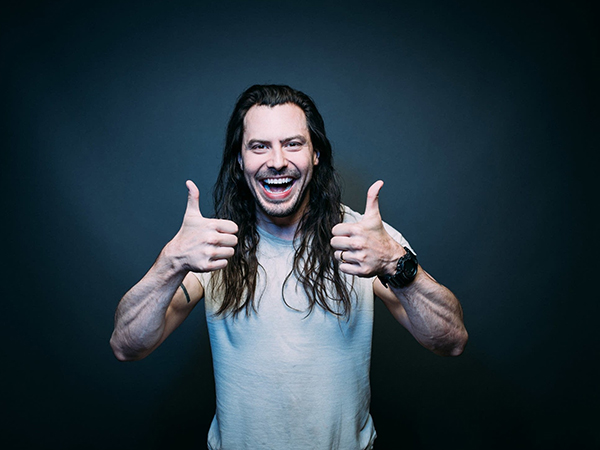 Outside of the ever uplifting messages found on the record, there are many very well executed musical parts that stand out; one in particular pops up at the 2:43 mark of the song titled “The Devil’s On Your Side”, where a GIGANTIC instrumental interlude lasting a whopping 2:15 takes over the song. In this section the orchestral rock band and church choirs ascend like a BEAST of a section that tonally keeps going UP, UP, UP and UP to the point you think it will never end. In Andrews words it was clear: “Who says a song has to have any verses, who says a song can’t be just made up of choruses, what if you had six different choruses, what if you have a part in a song that’s 3 minutes long that just builds and builds, because as a listener sometimes you have parts that you wished kept going, or building, why should it have to stop? That was my mindset specifically for this part. I let the song tell me what it needed to be”

As the interview wound down, I was remarkably impressed with Andrew’s tone of sincere gratitude and his overall cordial mannerisms during the course of the dialogue. It’s been approximately 16 years that I have REALLY wanted the opportunity to chat with Andrew W.K. and now that it’s behind me, I’m still buzzing from his energy and good nature two days later. With this MAMMOTH new album now officially released accompanied by his upcoming world tour, Andrew W.K. is NOT to be missed live and the new album is absolutely mandatory for ALL fans new and old.

Andre has been writing for The Spill Magazine for over 12 years, dating back to the print days. His passion for music goes far beyond writing reviews for new music and live concerts, he is also an active musician and producer on the Canadian music scene. Having toured North America and Europe with various acts, he is no stranger to dedication and work ethic new bands must endure to make the grade in today's market; Andre always delivers perspective writing that is authentic and to the point. Mr. Skinner typically covers indie rock, grass roots, electronica and is our resident hard rock and heavy metal specialist. He is extremely selective on what bands he covers for articles and you can rest assured they are ALWAYS band to watch with something left of centre to offer.