SPILL FEATURE: BUYER BEWARE…STEVIE NICKS – A CONVERSATION WITH THE SHANTICS

A CONVERSATION WITH THE SHANTICS

Who would’ve thought that phone calls across the pond were still a challenge to be faced in 2018?

After a few failed attempts, I get a hold of The Shantics. The band – made up of brothers Jimmy (vocals, guitar) and Harry Morris (guitar), drummer Mike Cosburn, and bassist Jacob Nation – are jubilant and warm, eager to discuss their new single, “Stevie Nicks.”

The song, which is the band’s second single, was released last month and is a bold blend of British guitar music reminiscent of early Arctic Monkeys, and a modern Top 40 charter. The sound is fitting, considering the band’s influences.

“We’re inspired by the singles of all the great guitar pop bands, but then also we’ll happily take influence from Bruno Mars and anything cool that we hear.” Jimmy Morris said.

“Noel Gallagher’s written a big rock album, he’s done it. And Arctic Monkeys did AM. So why would they do it again? But for us, we haven’t done it yet, so we can just focus on putting out bangers.” Cosburn jokes.

If you’re thinking that the name of the single – “Stevie Nicks” – is a clever play on words, you’d be right, but it’s also literal. The lyrics were written by the brothers about a real-life encounter they had with a conman named Steven. 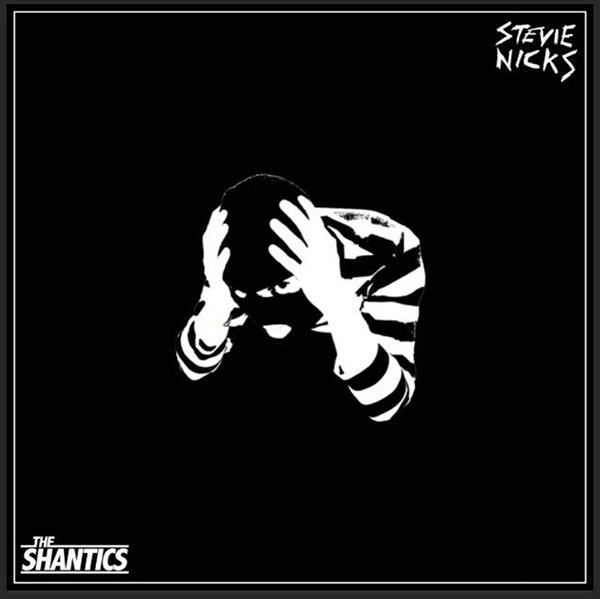 As the story goes, the Morris Brothers once bought a PA system on eBay, and when they asked the seller, named Steven, how he was able to sell the equipment at such a low price, the boys were told that he owned some studios in America. Naturally they did what any of us would do and Googled him. That’s when they found out that this man was a well-known criminal with quite the résumé, which included stealing $300,000 from the US government and subsequently doing time in Miami. Oh, he’s also banned from entering Sweden.

This experience proved too comical for the brothers to forget and they vowed to one day write a song about it. That song turned out to be “Stevie Nicks”.

“One day Harry wrote a riff and it sounded like a thief tiptoeing around. When the riff came, [we had] the idea to put the lyrics I had written over it, and it all just worked,” said Jimmy. And thus, “Stevie Nicks” was born.

This single isn’t the first time the band have taken inspiration from outside sources, and they often keep an underlying sense of humour in their songwriting. They frequently write about experiences, real or fiction, and draw from everything around them.

“[The songs] are all situation based – often something happens and we think, ‘oh that’d be a good song.’ Whether the thing happened to us or someone else.”Jimmy said.

One track called “Big Love,” off the band’s upcoming EP, was inspired by the story-line of Karen and Hank in the TV show Californication.

“They hate each other but they’d do anything for each other and ultimately they love each other.” Said Jimmy.

The EP, which the band plans to release this year, will be their first. They’re currently recording it with famed British producer Jake Gosling – known for his work with such acts as The Libertines, Ed Sheeran, and even One Direction. 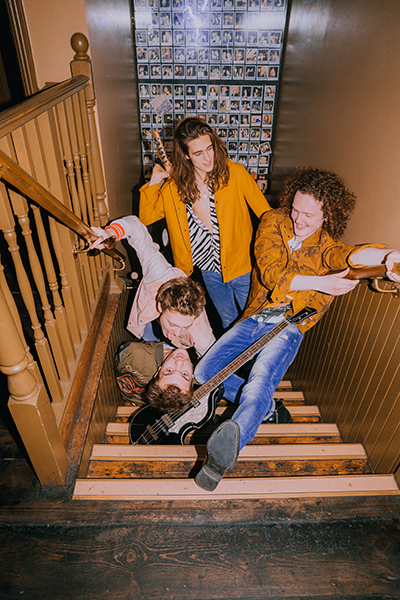 If it’s true that sometimes things are fated to happen or meant to be, then it’s safe to say that the meeting of Jake Gosling and The Shantics was one of those things.

“Around the time that Ed Sheeran was blowing up, [Jake Gosling] was in the news a lot, so we knew he was living local. One day we needed guitar strings so we went to the nearest music shop…and we just bumped into him in that shop.” they said.

After their first chance encounter, the band was invited by Gosling’s girlfriend to a show, and eventually to play guitar on some of her own songs. During that time, the band started to strategically plant the seeds in Gosling’s mind.

Gosling eventually saw that the band were talented, genuine, and hardworking, and invited them to record a single with him – an experience the band refers to as a “dream,” and feels has been essential in crafting their sound.

“He lets us be us. He has opinions as we all do, but he’s up for trying anything.’ Harry said.

The band also signed to Gosling’s very own Goldun Egg Records late last year, and will be releasing their EP through the label. They also have a string of upcoming shows in the London area and will be touring north to Manchester in the fall.

Having already supported The Arkells when the Hamilton natives were in London, one can only hope to see The Shantics on this side of the Atlantic.

Jacqueline Tucci is a journalist in Toronto. She’s new to Spill, but has been interviewing bands and writing about music since she was a teenager. You can almost always find her on the web, in record stores, or in bars looking for new and exciting local music.

SPILL MUSIC PREMIERE: THE OVER UNDERS – “TOP OF THE WORLD”

SPILL ALBUM REVIEW: THE MIGHTY MIGHTY BOSSTONES – WHILE WE’RE AT IT