Today iconic and much revered noisemaker Thurston Moore is releasing his experimental album ‘Klangfarbenmelodie.. And The Colorist Strikes Primitiv’ on white vinyl via London-based Glass Modern Records. It can now be ordered via Bandcamp.

This album sees Moore paired with free jazz drummer Tom Surgal for a mind-bending noise experience. Here we see Moore swing out far afield from his usual structured songs to something very improvisational and impetuous, perhaps guiding and perhaps being guided by the brilliant drum explorations of Tom Surgal. For many listeners, this release will come as a greatly welcome surprise, a gem to be uncovered even by die-hard Sonic Youth fans since it was only ever available on CD in New Zealand via noise label Corpus Hermeticum. 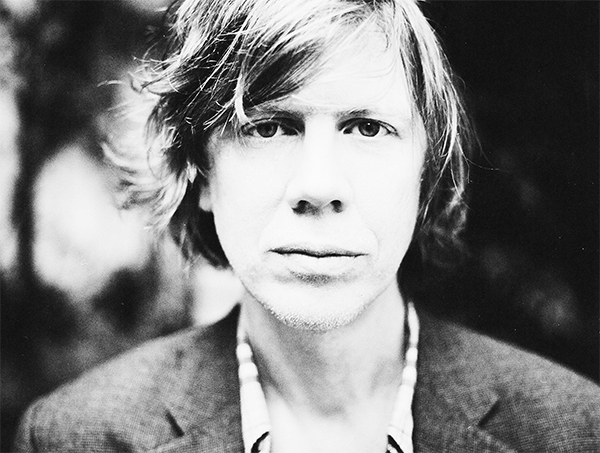 Recorded live in 1994, this is the first time these recordings will be available on vinyl. This new edition will be released by London-based Glass Modern Records on 180-gram heavyweight vinyl. Bruce Russell of Corpus Hermeticum and New Zealand-based Sonic Youth peers Dead C edited these tracks for the new vinyl release, as well as contributing new liner notes.

This recording was the start of a budding collaboration between Moore and Surgal that saw them release music together again in 1996, 2000, and 2015, as well as a joint 2000 release with Beck.

This lo-fi live performance, recorded in 1994, is candidly charming, revealing Moore’s interest in freeform improvisation. His guitar noise peaks in ways so distinct that many parts could be mistaken for a live recording from Sonic Youth’s heady and chaotic ’80s period. 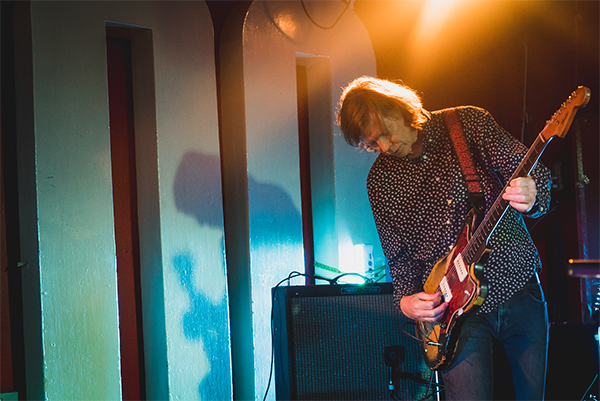 Thurston Moore has been at the forefront of the alternative rock scene since the time he emerged as an artist. In 1980, he founded Sonic Youth with Kim Gordon, turning on an entire generation to experimental rock n’ roll that defied the status quo. The band’s importance in rock history is undeniable.

Recommended for anyone interested in Thurston Moore’s legacy of avant-garde music and writing, this live album represents an interesting chapter in his musical life, spanning from his Sonic Youth days to his solo work, his varied collaborations and fully out-of-the-box recordings over the years.

The Thurston Moore Band are touring the U.S. Midwest and East coast in November, with Moore performing with James Sedwards (Nought) on 12-string electric guitar and Steve Shelley (Sonic Youth) on drums.

SPILL FEATURE: SPRING, FALL & NOW A RECKONING: A VOICE OF HOPE FOR AMERICANS – A CONVERSATION WITH ANTI-FLAG DRUMMER PAT THETIC