Tomorrow iconic and much revered noisemaker Ty Segall is releasing his latest offering, dedicated to and named after his own dog. The ‘Fanny’ EP is being released by Aagoo Records on vinyl. Ever the prolific rocker, Ty Segall is now based in Los Angeles. The 31-year-old noisemaker previously lived in San Francisco and Laguna Beach, but has since taken up abode in one of America’s music capitals.

The ‘Fanny’ EP includes 3 tracks and is essentially a psychedelic ode to his dog, available on standard 7” and picture disc editions. The three tracks contrast nicely with each other and, most importantly, they do not sound anything like the versions Segall has previously released. The version on ‘Freedom’s Goblin’ was highly orchestrated production and was rather sped up, with many instruments. It seems very busy when juxtaposed against the original rather sincere and laid-back demo version, for instance. 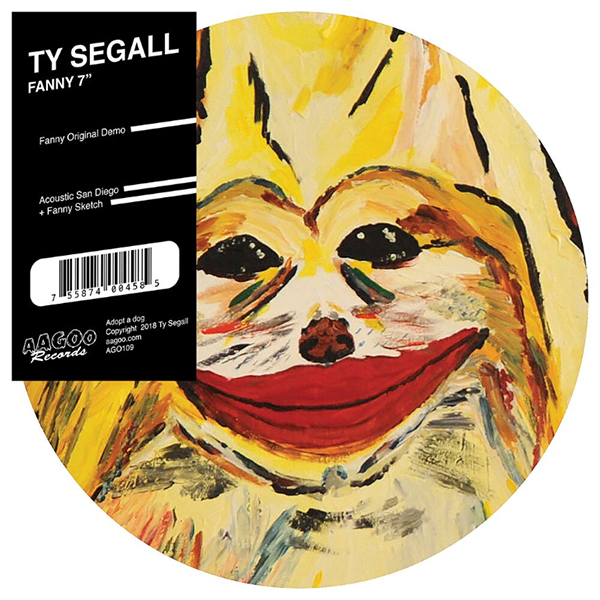 Well done to Aagoo Records for arranging this release, which should be raving popular among genuine Ty Segall fans and vinyl collectors alike. Not only does Segall’s single feature various cover and insert art painted by Segall himself, but also the track comes in three different forms: the demo, a revved-up “sketch” and a live recording from San Diego, California.

Each side of the picture disc features a yellow dog face painted by Segall, from his acrylic painting ‘Goopy Poodle’. Stare at it long enough and you’ll find it’s oddly comforting!

This ‘Fanny’ 7” is for a canine cause: all proceeds will go to the animal rescue organizations NKLA and Mighty Mutts, which are dedicated to rescuing and rehabilitating the strays of Los Angeles and New York. It’s a tribute to our canine friends that only Segall could make. 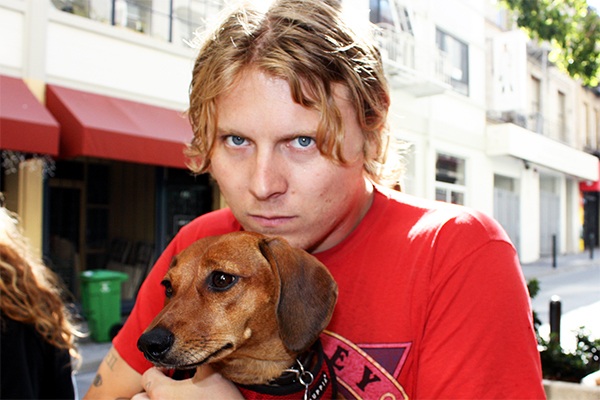 This vinyl comes in quite a limited edition and can already be ordered from Aagoo Records HERE.

Over the past month, Segall has been on his solo acoustic tour, in which he is showcasing deep cuts and live rarities from U.S. coast to coast. He is joined on select dates by Nashville guitar virtuoso William Tyler and Freedom Band staple Emmett Kelly. While most of the dates have passed now, those remaining are indicated below.

Compare these tracks to this live version that appeared earlier this year:

SPILL ALBUM REVIEW: WE ARE THE CITY – ABOVE CLUB