SPILL FEATURE: POUZZA FEST 9 – MAY 17-19: LOOKING TOWARDS A SAFE SPACE FOR ALL PUNKS

LOOKING TOWARDS A SAFE SPACE FOR ALL PUNKS

Unexpected as it may seem, finding a sense of community on the streets of Montreal during a punk rock festival was a reality this past long weekend. Whether it’s on Foufounes Électriques’ legendary patio, in a beer-soaked mosh pit, or in line for a poutine at 2 am, punks from all over the world found Pouzza Fest to be a celebration of unity within the scene. Many festival-goers refer to friends made at Pouzza as their “punk rock family,” and as every family has its struggles, the punk scene is no exception.

The weekend kicked off with Women in the Scene panel Friday afternoon. The panel featured women from various roles in the music industry and was followed by an Anti-Harassment Seminar. Both raised questions which lingered in many minds over the next three days. How can the punk community be more inclusive to all? How can we create safer spaces for all festival-goers?

Pouzza Fest’s attempts to answer these questions do not go unnoticed. The fest has a mission statement regarding safe spaces: “At our events, we are committed to providing a welcoming and safe environment for everyone, regardless of gender, sexual orientation, disability, gender identity, age, race, or religion.” 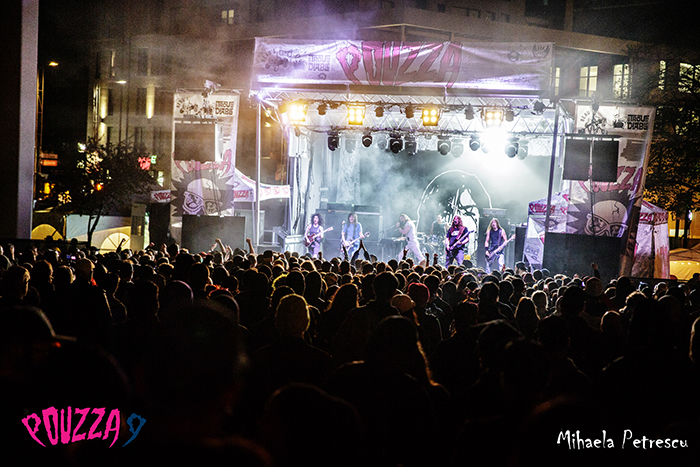 With over 175 bands participating in the weekend’s festivities, there was a strong focus on groups featuring underrepresented individuals within the music scene. From punk rock legends Against Me!, Strung Out, Andrew W.K., and Planet Smashers, to small DIY bands from across the country, this focus was well-received, and got people talking.

Nancy Ross, owner of Greenland Productions, commended the Women in the Scene Panel for raising awareness: “It opens the door for women who want to enter the scene… to know that there are peers among, them that they can approach, and get information from comfortably… because historically, it has not been an easy scene to enter.”

In years long past, the punk scene garnered a negative reputation due to its controversial and occasionally misogynistic atmosphere, not only for musicians but those behind the scenes as well. Pouzza Fest looks towards a future where the music scene is no longer thought of as a boys’ club. 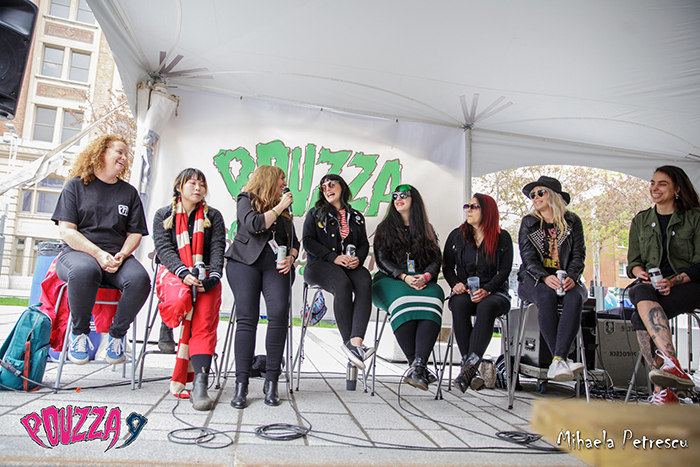 Jen Unbe, of Toronto-based HVAL, praises the fest for its efforts: “What I love about Pouzza, and why I come back every single year is how inclusive they are… It’s so inclusive, and there’s zero tolerance for harassment… and it’s a known thing. There’s no other fest that puts it out there first.”

Agnes Kline, a cellist touring with Molly Rhythm, feels comfortable with the principles of Pouzza: “As a female musician, I think it’s great, I feel safe, I feel included, I feel like it’s cool there’s a slight emphasis on it, but it’s not like ‘Oh you’re a chick, you’re the face of the band…’ it’s just like, we want to be more inclusive.”

The level of inclusivity is not limited to musicians. Photographer Heather Rosenfeldt compares her experience in Montreal to past experiences in the States. “Pouzza is very unique and I haven’t seen any similar festivals in the US,” she explains. “Most bands – but not all – I’ve seen that have a female presence only have a female lead singer. Pouzza introduced me to War on Women and Bad Cop/Bad Cop, and it’s awesome to see bands with such a strong female vibe. When I saw Molly Rhythm at Warped Tour, the rest of the festival felt very dude-heavy, so Pouzza is a really exceptional scene.” 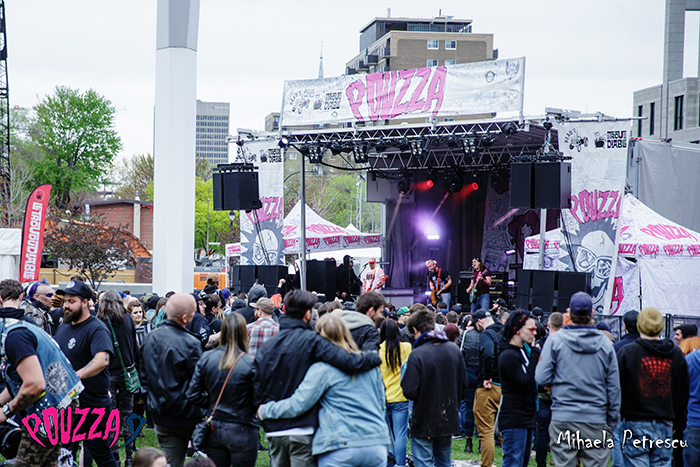 Festival-goer Rea Rossi acknowledges that having to put a focus on underrepresented groups is a double-edged sword. “It’s good to acknowledge it,” she says. “But the fact that it has been so difficult to have gotten that platform is a shame to me… like this should have been happening all along… but it is great that it is happening and accelerating.”

The need for change is recognized. Ramoms guitarist Sharon McDonaugh explains that “it doesn’t only extend to music. I worked as a mechanic for 20 years, and it’s hard to get taken seriously… women get judged to a different standard, so now we’re getting a different playing field… it’s a sea change, things are changing.”

Punk music is evolving, not only as a genre but as an attitude. It is often used as a platform for statements about social issues but can arguably be used for light-hearted material just as effectively. Punk purists stuck in the heyday of the punk scene may argue that creating a safe space in the scene is an insult to the gritty origins of punk. But a reckoning has been called for, and Pouzza Fest is pushing the change towards equality for all within the punk scene.