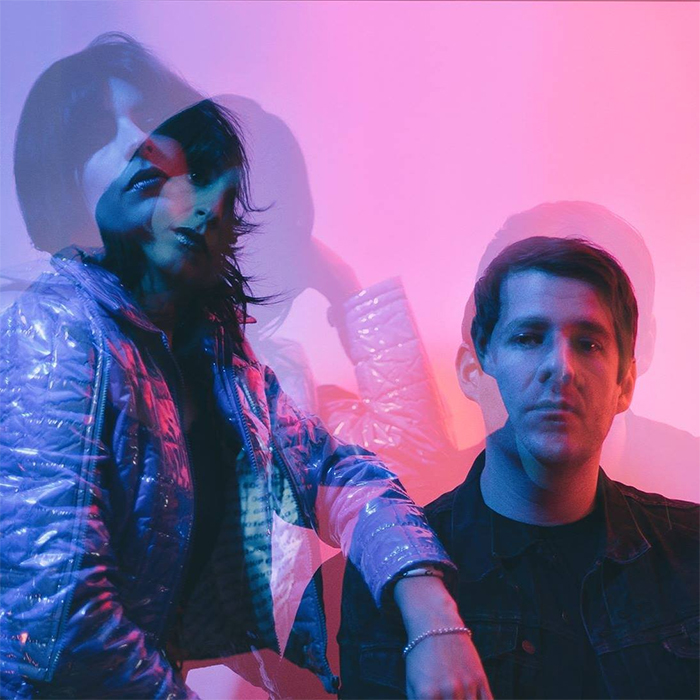 What a great weekend opener! Their infectious energy really set the vibe of the music festival. Although the crowd at the time was fairly small, lead vocalist Danielle McTaggart really engaged with the audience, even jumping over the barricade at one point with the help of festival security, and danced her way through the crowd. The band’s killer bass reverberated throughout the festival grounds, and as by the time they wrapped up their set, the crowd had doubled in size. Perhaps what was the most memorable part of Dear Rouge’s performance was her chemistry with guitarist and husband Drew McTaggart.

British singer/songwriter Tom Walker really heated up the afternoon with his incredible raspy folk-inspired vocals. But it was the epic bridges, in which Walker shredded on guitar that shook the ground beneath the audience’s feet. While the tone of Walker and his band’s performance was much calmer than Dear Rouge’s only moments earlier, their transition from one song to the next, from an almost hard rock sound to an indie-folk sound, created waves of listening pleasure. 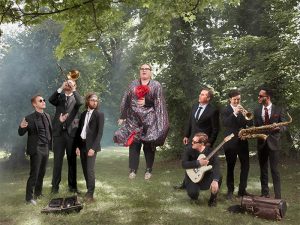 St. Paul and The Broken Bones

As the eight-piece soul band warmed up, they beckoned the growing crowd to the Bell stage with a sultry brass instrumental. Although performing in a city like Montreal which is famous for their jazz bands and clubs must have been daunting, this enigmatic band was seemingly able to melt the very air with their sensual melodies. The brass instruments shone in the hot summer sun, and as the players swayed with the beat, sunbeams danced across the stage. However, it was the lead vocalist Paul Janeway’s performance that shone the brightest. His soulful singing was incredible, no doubt capable of lulling babies to sleep. Janeway also joked that while it may seem odd that then entire band was wearing white raincoats in 30-degree weather, it was only because the airline had lost their luggage. Still their lack of wardrobe didn’t slow them down and St. Paul and The Broken Bones put on a great show. 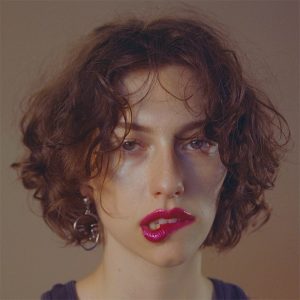 Armed with a light teal Fender Telecaster, Brooklyn’s King Princess delighted crowds with her own blend of pop meets rock. Much of the audience sang along with her soft rock love song, while she strutted across the stage sporting a Raptors jersey. King Princess and her band’s down-to-earth sound was perfect for the hazy day two afternoon. As the sun beat down on the thick crowd in front of the Bell stage, the rolling bass and steady drums melted the ears of everyone at the festival. 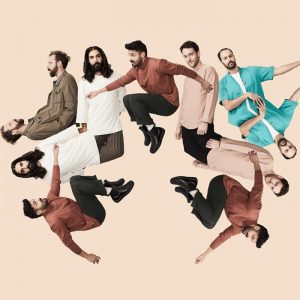 Many festival-goers were overjoyed when Young the Giant opened with a soft guitar solo on the Coors stage. While they played only their most well-known songs like “My Body” and “Cough Syrup,” they proved once again why they are among the best in alternative rock. The band members had tons of energy, endlessly jumping around on the stage, at one point breaking into a bit of a distorted ska tangent between songs. However, it was lead vocalist Sameer Gadhia’s shoutout to Montreal drummer François Comtois that really got the crowd amped. In fact, Sameer was really great at interacting with the crowd, getting them to sing along with him and encouraging everyone at the festival to dance. Sameer even declared that they had played through their set fast so that they could add in an extra song at the end of their set, and when they played the first notes of their last song, “My Body,” a great cheer briefly overpowered the music.

Janelle Monáe, gave a fabulous and energetic performance. Her set started off with a mashup of 2001: A Space Odyssey intro overlaid with Martin Luther King Jr.’s famous “I Have A Dream” speech. But it was her eye-popping costumes, expertly choreographed dancing, and ‘80s style light show that really got the party started. During each song there was just so much happening on stage: backup dancers were firing water guns into the crowd, quick costume changes between songs, and a golden throne, as well as a fantastic trumpet solo. Monáe got the crowd to sing along with “Electric Lady,” while during a quick wardrobe change. Shethen took the time to address the crowd, wisely telling them that, “Life is made up of our memories…what I hope for most is that I can be a memory for you,” while an elegant piano accompaniment played softly in the background. Really in the hour-long set there was just so much going on, including a homage to Prince, in which she played a well-known Prince-chord on guitar. It was her final speech that really spoke to Monáe’s power. Not only did she advocate for the continuation of Canadian/US relations, but also on women’s rights, reproductive rights, LGBTQ2 rights, disability rights, and immigrant rights. And as the sun set on the second day at Osheaga, Monáe loudly called for the impeachment of President Donald Trump. 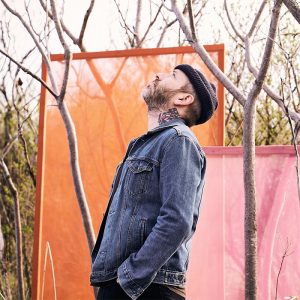 City and Colour opened their set with an awesome guitar solo. Dallas Green lulled the festival into a bass-infused trance as the sun peeped out from behind the trees of L’île Sainte-Hélène. This was a huge shift in the festival’s tempo since City and Colour’s performance followed on the heels of Janelle Monáe’s. Still as Green played on, melodic harmonies flowed over the crowd. Festival-goers all over the grounds, from the stage to the hill, swayed along to songs like “Wasted Love” and “Strangers.” Dallas Green played a lot of new music, but it was his duet with “friend” Geneviève that was really the hallmark of the performance. 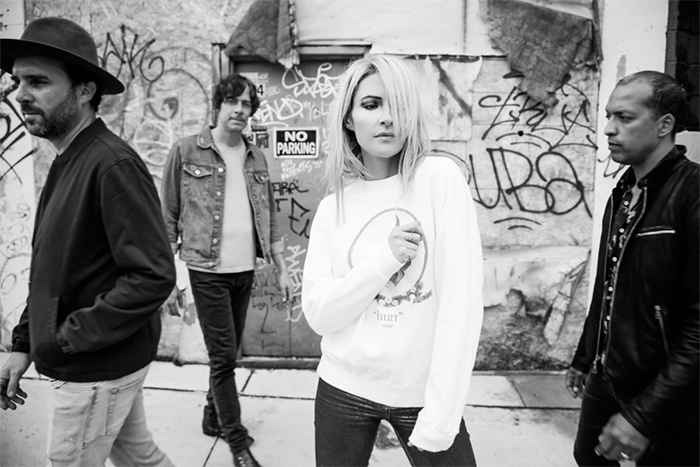 Metric kicked off their set with their hit“Breathing Underwater.” In a brief reprise of the song, lead singer Emily Haines spoke to the crowd, offering them a chance to seriously think about their life’s paths. She then slowed down the chorus to make a point of getting people to think about how their lives are going. While this made seem odd at a summer music festival that is geared towards just having a good time, it fit perfectly with Metric’s psychedelic sound and visuals on the big screen behind them. They really drew on mid ‘90s punk and grunge visual influences for their backdrop. Further along in the show, Haines slew with her heavy lyrics and distorted punk/pop anthems. Although they only played their most popular songs, it was Haines reaching over the barricade and into the crowd to give people high fives while repeatedly singing “beating like a hammer” from “Help I’m Alive,” that really drew in the audience. 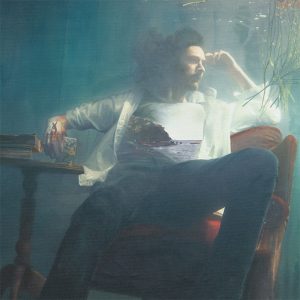 Hozier really set the heartbeat of his set with a heavy drum opener. As the first song kicked off, the audience cheered loudly at the beautiful country rock melody while Hozier’s smooth vocals slid over the crowd. It was hard not to melt at his beautiful, soulful, down to earth sound. The band sped things up in their second song “Dinner & Diatribes” that had everyone dancing and tapping their toes, including the people waiting in line for food. Really, Hozier did not disappoint. He played as an amazing show as everyone expected. He even played a new song called “Nobody,” from the new album Wasteland, Baby!It is a huge shift from his harder soulful sound with a bit more of a pop feel. He kept throwing off the crowd with lengthy pauses in his songs. This seemed to make the audience excited and forced them to really pay attention. He also kept giving props to his accompaniment on stage, identifying each musician by name in between songs. When he closed his set with his famous “Take Me to Church,” Hozier went down and sang directly to the crowd. 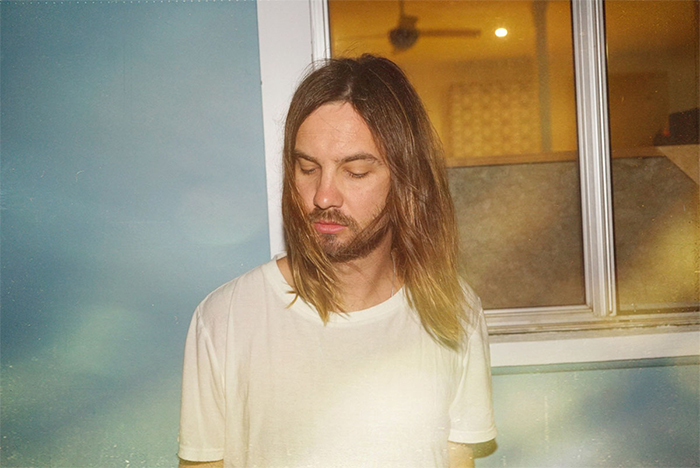 Tame Impala set the tone for its set on the big screen with a home video of two people arguing. As the psychedelic synths kicked in, the video quickly turned into a mash of psychedelic colours twisting and writhing together. The audience was now on a trip back to the ‘60s. To break the audience out of their trance, confetti was sprayed into the crowd, and Tame Impala kicked out some great party anthems as the sun set over day three and the final show of the festival. As the temperature cooled off, they cooled the party with their amazing transcendent beats and synth-laden melodies. When they played “Elephant,” the light show transformed the performance into a pulse of laser lights, and on the big screen the musicians’ eyes glowed, making it seem as if Osheaga was being invaded by big great robots with laser eyes.