SPILL FEATURE: EVEN WHEN YOU FEEL ALONE, YOU’RE NOT – A CONVERSATION WITH VIBEBYMELO

EVEN WHEN YOU FEEL ALONE, YOU’RE NOT

Durham Region hip hop artist Vibebymelo has had a busy year, releasing the album Project: M and following that up with a string of singles. At times it’s hard to pinpoint his style. Although deeply rooted in hip hop, it doesn’t necessarily have the Toronto sound.

“One thing that I’ve gotten a lot in the recent years,” Melo reveals, “is that when people juxtapose my music against other Toronto artists, they tend to say mine sticks out and that makes me feel good. I like to know that my music is different enough that it has its own feel. I think that is what makes it so ‘Toronto’.”

Recently, Vibebymelo was part of Remix For Remix, a fundraising event created by The Soul Space and Studio 10. He was joined by local Toronto acts, which included Ty Senoj, Patrik, and Big Phillyyy. The fundraiser aims to level the playing fields for marginalized youth with programs revolving around business, creative arts, and recording arts. 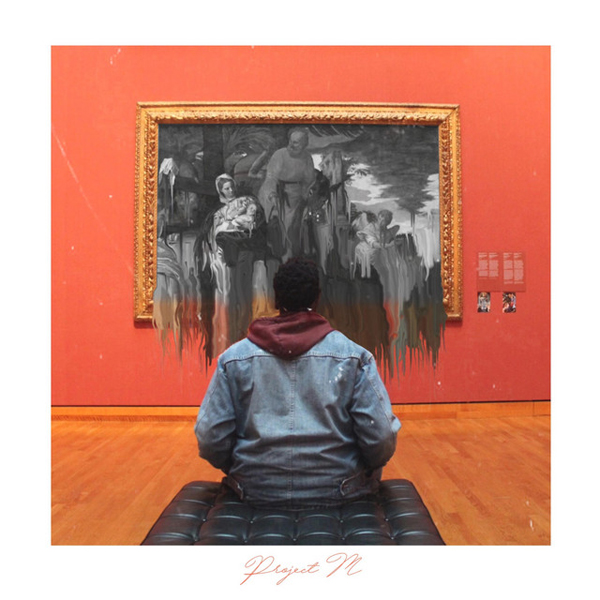 LISTEN TO PROJECT: M VIA SPOTIFY

The event itself was buzzing with positivity. People from all ages piled in, and everyone was laughing, dancing, and supporting each other’s art. Feeding off that energy Melo explains, “It feels encouraging to know that other artists from similar walks of life are now also on the come up with you… ‘cause it means you’re making the right steps and strides.”

Vibebymelo is familiar with the Remix project firsthand, having previously applied to it. “It feels like the tables have turned a little bit, and I like seeing it from this side,” he admits. “I was trying to enter it before and now I’m trying to give back and help build it. They’ve opened up so many doorways for people who feel like they have no other resources, or anyone that they can lean on, to express themselves creatively.”

The Toronto-born artist strives to make music with a purpose. He explains, “My biggest message that I want to share with everybody is that you’re not alone. Even when you feel alone, you’re not. I sometimes find myself struggling with that, and I’ll talk to other artists and they do as well. That’s something we don’t talk about enough.”

“I want to share my story,” he continues, “and if it even touches just one person, for them to say ‘Wow, he actually knows exactly how I feel right now’… I think hearing that coming out of someone else’s mouth means the world to myself and to the person listening.”

Just like he does in his music, Vibebymelo encourages everyone to be true to themselves and their emotions. He explains, “Even when you’re angry and you’re just livid, it’s all out of passion. I want people to know that it’s okay to get passionate, it’s okay to feel that you have to get aggressive, because that is you expressing yourself. I think if you can build a community around that, you can make it a norm.”

Cory is a film maker and music lover raised in the GTA. Ever since a young age music has been a big part of Cory’s life and he often combined his love for music and film together, creating videos of him and his friends skateboarding to their favourite songs. This trend continues in his life as everything he surrounds himself with is always involved with or inspired by music.