SPILL FEATURE: I WANT TO BREAK FREE, MY HEAD KEEPS ON SPINNING – A CONVERSATION WITH JEFF SCHROEDER & MINDY SONG OF NIGHT DREAMER

I WANT TO BREAK FREE, MY HEAD KEEPS ON SPINNING

A CONVERSATION WITH JEFF SCHROEDER & MINDY SONG OF NIGHT DREAMER

Night Dreamer suffer from no lack of passion. Speaking after an intimate, otherworldly studio performance at Vancouver’s Blue Light Sessions and returning flight from a tour in South Korea, the duo happily spoke about their process, inspirations and tireless, highly irregular working schedule. “From the beginning we had high ambition” says Jeff Schroeder ’I obviously have my main job with the Smashing Pumpkins and when you start something else for different reasons, people go way left of center because their main gig has gotten so much up the middle that they want to try different things.”

As their name implies, Night Dreamer weave gorgeous swirling synth and guitar tones in a dark, dreamy genre-bending style. “Side projects tend to have their own energy and nature. I didn’t really want it to be that way” says Schroeder. “In the last 13 years, I’ve really put my focus into being the best band member I could be in the Pumpkins but it was funny, I feel like the timing was right to do something else and start a new band. If I was going to do it and put in all the work with Mindy, I really wanted to really have a go at it and be as ambitious as possible with it.” 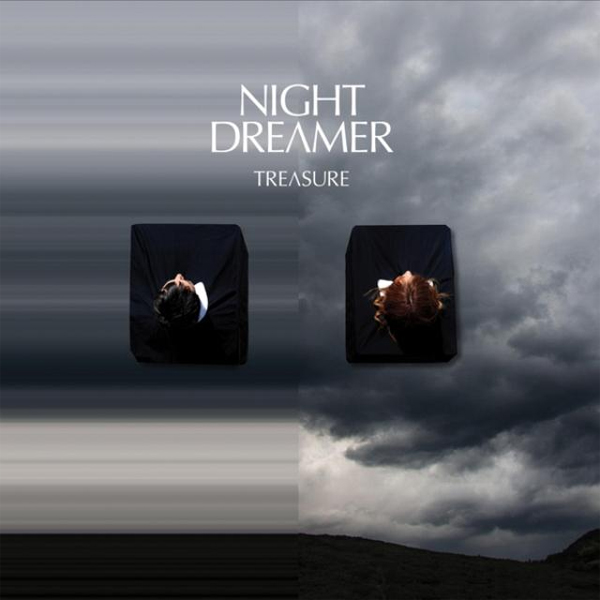 LISTEN TO TREASURE VIA SPOTIFY

“Jeff and I for years have been wanting to start a new project” says Mindy Song. “This year we started writing and recording together and I thought that the band took on an energy of its own. I felt like there was no stopping the music from developing when in reality we came up against a lot of pressures.” Singing with an ambient grace inspired by vocal heroes like Blonde Redhead’s Kazu Makino, Fiona Apple and Sia’s earlier albums, Mindy Song’s vocal style amalgamates pop vocals with a dark, ethereal touch. While her creative partner was off on world tour, Song would stay busy writing lyrics and sharing arrangements and ideas over the computer. “Jeff had two tours during the year, in Europe and North America. It could have fallen apart at many points but Jeff would literally get offstage from playing to 60 or 70 thousand people and then head straight to the hotel, turn on FaceTime with me in LA” says Song. Trading ideas back and forth, along with the input of accomplished producers like Josiah Mazzaschi, Night Dreamers embraced technology to its fullest. “I really like having that type of flexibility and it allows us to record remotely” says Schroeder, adding “you aren’t forced to be in a room together. That’s actually the best, we don’t always have the luxury of being in the same room.”

With Night Dreamer, Schroeder’s guitar work sounds new yet familiar. “I knew that I didn’t want to play a lot of big distorted riffs and chords because that’s Pumpkins territory,” Schroeder explains. The guitar work in Night Dreamer is reminiscent of the bright, fuzzy solos Schroeder plays with the Pumpkins and his former Indie band the Lassie Foundation yet also expands with an angular, chiming style alternative style befitting of A Perfect Circle record. Schroeder cites Brad Laner from Medicine and George Lynch from Dokken as influences for his lead guitar work. “As far as guitar playing, it’s present day me, kind of, like a very accurate representation of some of the things that I like” Schroeder explains. “I think that if you are a Pumpkins fan you will hear things of why I’m in the Smashing Pumpkins but you’ll hear things that you wouldn’t hear in that band as well. When you write your own music, you get to be the truest version of yourself.” 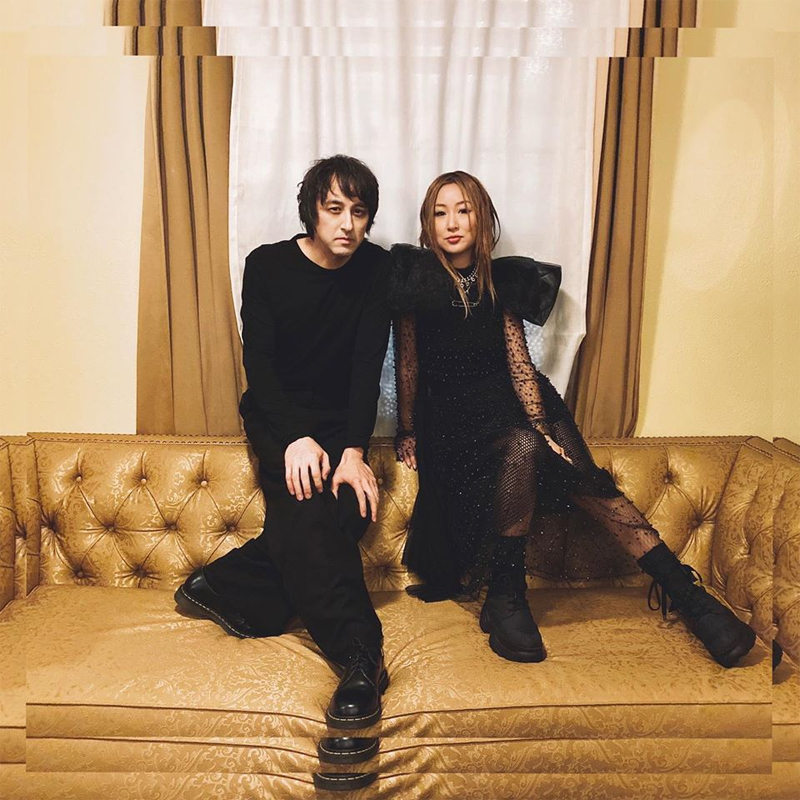 While pioneer electronic artists such as Kraftwerk and Depeche Mode have influenced Schroeder’s electronic sensibilities, Song mentions inspiration from watching Alice Glass DJ sets in Los Angeles. Schroeder gives song credit for the band’s current trajectory. “We have a version of “Another Life” with a drummer and a bass player. It was cool but not that interesting. Mindy was the one that was like ‘hey do you mind If I go and take these tracks and try adding these other drum programming and synth type of stuff?’” The duo’s shift to a heavier electronic style allow Night Dreamer to flourish under their extremely flexible recording process.

Night Dreamer might not be a two-piece forever, as they intend to ask friends like Korean heavy synth metal outfit Idiotape to contribute a pair of new songs for the new year. Schroeder says they may take a Talking Heads approach with a core band complemented by different musicians for each album and tour. With more music in the works, Night Dreamer have big plans, including an album and singles set for 2020.  “I don’t see us always existing as a duo… I could see us adding different musicians and trying different things.” says Schroeder. “It depends which way the wind blows.”