WE ALL HAVE OUR OWN INDIVIDUAL SOUNDTRACKS TO OUR LIVES

A CONVERSATION WITH MIDGE URE

What can one say or write about Midge Ure that has not been written before. The man is a legend. His solo career is impressive alone, but throw in his participation in bands such as Slik, Rich Kids, Ultravox, Thin Lizzy, Visage, Band Aid and so much more, words cannot possibly do justice to this artist. He has recently released a new retrospective, Soundtrack 1978 – 2019, which tries to capture Midge’s career in one fell swoop. He is also touring to promote this album. I had the chance to talk with Mr. Ure about the new compilation and his current tour.

“It’s kind of what it is, we all have our own individual soundtracks to our lives. Any given moments you look back on specific times, or you hear a piece of music on the radio, it takes you back to who you were with, what you were wearing, who you were trying to be, or the girl you were trying to chat up but she is not interested in you because you were a geek. All of that stuff is peppered with music and that’s what this is.

“I wanted to do something that, rather than yet another ‘best of’ or ‘greatest hits’ thing that every label who gets access to what you did in the past, tends to just through all the hits in.” I wanted to do something that wasn’t just hit-filled, but give you a good flavour of the progress from 1978, which is when I think I probably started writing songs all the way through to now. So it is a journey through songwriting, rather than hits.”

Soundtrack 1978-2019 allows fans and people interested to get a bit of a deeper dive into Ure’s music. Sure the hits are there, but there are also more obscure, more unknown songs as well as unreleased versions of songs.

“That thing, when you do an interview and people ask you ‘what’s your favourite song you’ve written’ and you think, ‘something you’ve never heard of’,” says Ure. “Simply because it is a more interesting song, because it does not stick to the three minute/four minute format, it usually has a darker subject, not about love. Some of these songs have been missed, the majority of people will never ever get to hear those songs, so by mixing them in with a few hits, you may get a few converts along the way.”

The CD comes with a DVD featuring music videos but some rare documentaries that were produced and released at the time of specific albums. These have not been seen for quite a while, so Ure fans will enjoy this glimpse into his career.

“Well people don’t get a chance to see it, those old documentaries get shown once at three o’clock in the morning on terrestrial television and they never see the light again. People get to see them and get more bang for their buck with all that old stuff.”

The current Songs Questions and Answer tour is a unique show that is both unnerving and rewarding for Ure. 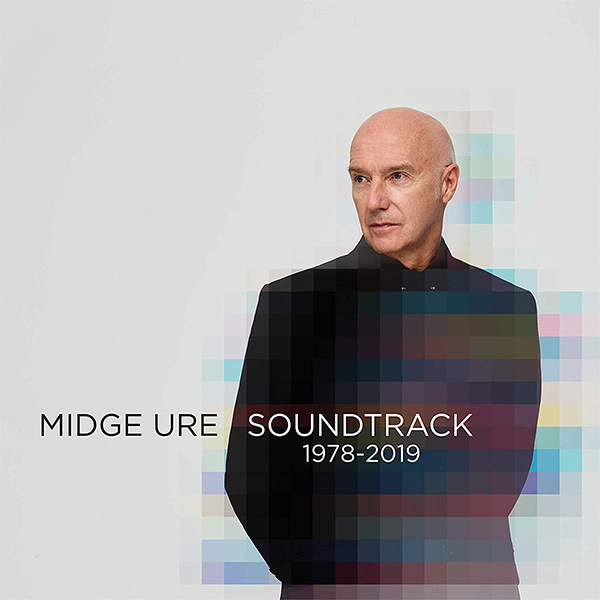 “It is kind of an extension of something I did about 25 years ago, where I took my life into my hands and walk on stage and take questions from the audience. Sometimes prepared questions written on cards, or people just putting their hands up to just ask something. That would lead me to play a specific song or talk about a specific song. It was something real and honest because the best part is that the audience gets to see you in a fragile state. People assume you are everything you’ve done, but I don’t. I would start playing something, then realize I had no idea how the middle section went and they loved that, that humanity. They could see I am not perfect, just a person who has memory fail, just like everyone else. I brought it back, because I don’t know what is going to happen, and it is not a format I can rehearse for. It is completely audience driven.”

Although the shows are primarily acoustic, this is not how Ure approaches writing new songs. Unlike many other composers, Ure uses his studio as his tool to write. “Most proper songwriters sit down at a piano or guitar and come out with a complete song. I don’t. My studio tends to be my band. So I sit down in front of a blank computer screen with a seed of an idea and start building on these elements together. I build it up and layer it. As I write the song, I am creating it at the same time.”

This method allows Ure to be somewhat ruthless with the music he is creating. “My stuff gets dumped as I go along, if it is not standing up or it is too much like hard work. It means it’s not right, so a lot of it never sees the light of day,” Ure says. That style of writing does not work when working in a band, and Ure conforms to that style of writing.

“When it was Ultravox, we wrote in the rehearsal room, we had all the equipment in the rehearsal room. No one came in with a finished song, we would throw ideas around. Billy [Currie on keyboards and violin] would come in with a melody he had been working on at home, but then that would be thrown to the lions and pulled in different directions, and what would come out would be Ultravox. No one would come with a song and say ‘play it like this’. That isn’t a band, that is a dictatorship with a band.”

Although he is touring a great deal, Ure is also preparing some new music. “You can see my diary, I am doing a lot of live stuff, but in between the live stuff I have been in the studio. So over the last 18 months or so, I sort of just started scratching the surface with a few ideas. I am working in collaboration with Ty Unwin , producer and arranger of the orchestra album [Orchestrated].

And to that point, Ure has never been one to rest on his laurels. Creating new music and numerous lengthy tours. “I’ve kind of always done it. Maybe it has moved up a gear in the last 10 or 15 years. It is not something I need to do, it is something I am driven to do. I have been playing in professional bands since I was 18, and that is 40 years ago of getting around. It is not a bad thing to do, it is not a hardship at all.”

Midge Ure is a legend, and an artist that has been a part of the music world for over 40 years. He has influenced artists and changed music.  He continues to do so, either as a solo artist or as a member of a band.

SPILL FEATURE: I CAN’T TELL IF THIS IS HELL OR IF I’M JUST BORED – A CONVERSATION WITH NICK ANDERSON OF THE WRECKS