The relatively new Bones UK was the first of the three bands tonight, with their logo emblazoned high and huge for all to see.  The three-piece played feverishly through the seven-song set, which included a cover of David Bowie’s “I’m Afraid of Americans”. Closing out their set with their most recent single “Pretty Waste”.

Breaking Benjamin opened with “The Diary of Jane”, one of their biggest singles to date. Every section of every level was nearly full and fans throughout the arena could be heard singing at the top of their lungs. Opening with such a well-known song really jump started their show and set the bar for an anthem-filled set. During “Breath”, the crowd was given an opportunity to fill the Xcel Energy Center with their voices and didn’t disappoint. The five-piece spent much of their time playfully interacting with the crowd and one another all while effortlessly executing the setlist. As the set progressed it was clear that there were a significant number of die-hard Breaking Benjamin fans in the house filling the role of backing vocals throughout the show. Each of the three guitarists explored and entertained the fans from every corner and perch of the multilevel stage. Frontman Benjamin Burley spoke highly and stated how they were influenced by KoRn and how very gracious and excited they are to be on tour together. Both have been making music and tirelessly touring for the past 20 years. During “I Will Not Bow” they invited about two dozen Breaking Benjamin fans onstage for the final song of the night. It’s clear that Breaking Benjamin has put in their time and paid their dues. 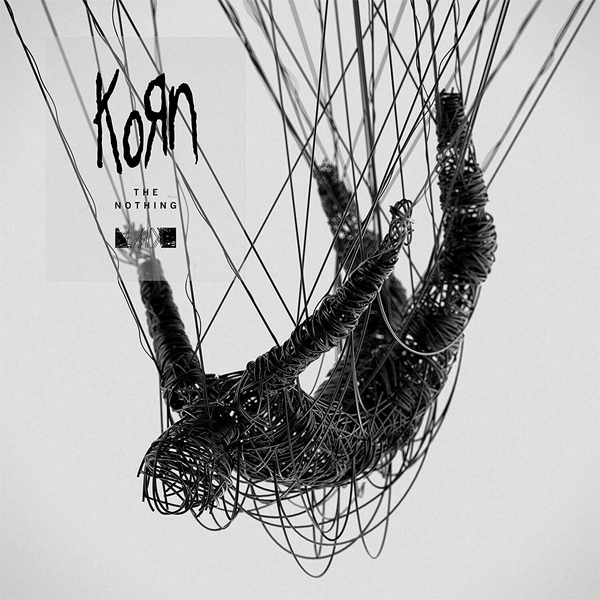 STREAM THE NOTHING VIA SPOTIFY

20 years after first breaking on the hard rock scene KoRn is now a headlining mainstay, who are now touring in support of their new album The Nothing. In typical KoRn tradition, “Blind” was one of the first openers in the set. The high energy call and response fan favourite amped the crowd into a frenzy. KoRn maintained that level of excitement with an energetic stage presence throughout their set. Vocalist and frontman Jonathan Davis emerged midway with bagpipes indicating that the ever-present nursery rhyme-inspired “Shoots and Ladders” was on deck. They seamlessly incorporated the thunderous breakdown from Metallica’s “One” and the crowd went wild. . There was little on mic banter from Vocalist Jonathan Davis besides the occasional crowd prompt and the only lulls in the show came between songs or during the intro to a new single. Once the crowd recognized the song they responded with horns and cheers.

Saying KoRn still has it does not do this hardworking five-piece justice. KoRn never lost it. They have maintained and grown through what past hardships they may have experienced. The climatic four song encore closed out the night with a spectacle of confetti cannons and the crowd graciously applauded their final cheers and sweat soaked horns. There were a few fan favourites and deep cuts from older setlists that didn’t make the cut but besides that, a KoRn live show leaves little to be desired.

Scott was raised in southern Minnesota, attended the University of Wisconsin – Stout, spent some time abroad and currently resides in Minneapolis, Minnesota with his wife and their two daughters, only son and two dogs. Long time music lover and concert-goer, Scott has attended countless concerts and festivals since 1996. His fondest concert memories include meeting the love of his life at his first music festival. Sneaking into Linkin Park’s first Minnesota show. Hosting the second stage on the Projekt Revolution stop in Somerset in 2004 and pretty much every show he’s attended with his concert cohort, Scott. Yes, there’s two of them! As of late, Scott has started making memories and sharing his love of attending concerts with his children. Shinedown was his oldest daughters’ first show thanks to his cohort, The Interrupters was his youngest daughters’ first show. His son’s first show is still to be determined.