Tony Malone and Captain Beefheart are two artists who have always marched to the beat of their own drums. Both have careers that are unconventional and both have impacted their fans. For Malone, one has never been sure what he was going to do next. From the new wave Pop of Drastic Measures, to his ‘screamo’ band Basktcase, to his film work and soundtracks to producing several different artists to a solo album released last year, Flowers For Armageddon, that defied categorization. It is a great album, but it crisscrossed many genres. The bottom line is that Tony Malone is extremely talented.

On the other hand, is Captain Beefheart. Captain Beefheart and The Magic Band released 13 studio albums, none of which made the top 100 in the U.S. They released 23 singles, none of which charted in the U.S. He had some success in the U.K., where one album (Lick My Decals Off, Baby, 1970) made it to number 20. But the charts do not reflect talent. Beefheart is highly regarded and he is a very influential artist. The Beatles wanted to sign him to their experimental label, Zapple Records, but Allen Klein put a stop to that label before he signed. Beefheart passed away in December, 2010, but his music is still being played, and is impacting artists every day. 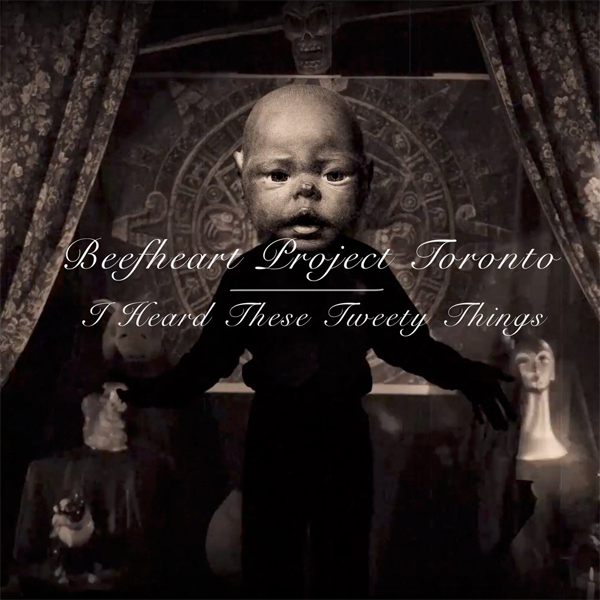 Which brings us to Malone’s project, Beefheart Project Toronto (B.P.T.), a musical project that Malone started in 2014 where he acts as musical director and brings together musicians to “map out some of The Magic Band’s most complex songs”.  But there is more to this project.

“In 2010, there were three or four covers of Beefheart on YouTube,” explains Malone. “I thought we could get ahead of the curve and make a great film. My main influence was The Beatles and stuff like that. I figured they didn’t need me to cover them and you could not find Beefheart covers. But Don died that year and all of a sudden there were hundreds of covers on the net.”

But what attracted Malone to start this project in the first place was his love of Beefheart’s music. “My introduction to Beefheart was accidental. I had a music show, where I acted as a D.J., on a Richmond Hill cable television station. One show I was out of songs, and still had two or three minutes. The next D.J. had brought his box of albums, and I asked to borrow something to fill the time. I just grabbed an album, which happened to be Trout Mask Replica, and I found this short song, “Old Fart At Play”. I loved the look of the album and the song was so weird, weirdest thing I had ever heard. He lent me the album for the week, and it was the most stunning thing I had ever heard. It was on the Straight record label, which was Zappa’s label, and I bought everything on that label, even The GTOs.” 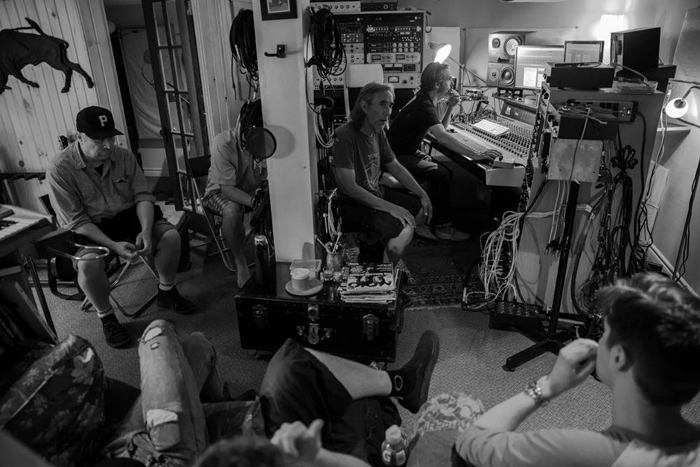 Beefheart had quite an impact on a young Tony Malone. “The bass and drums were so different, super intelligent. That combination of Drumbo [John French, drummer] and  Rockette Morton [bass] was unbelievable. At one time listening to music on acid was one of my favourite things, and listening to Beefheart on acid was a religious experience.”

Malone had the opportunity to meet Beefheart, which again had a lasting impact on him, certainly on the way he treats fans who approach him. “I saw him at The Colonial Tavern in 1977. I met Robert WIlliams, the drummer at the time. I have since become friends with him and one time I mentioned to him that I had met him once before and he said he remembered, as it was the second gig he had played with Beefheart. Anyway, in walks The Captain. He looked great and super nice guy, very friendly. I asked him to autograph an album for me, and he draws a little picture for me. I asked him if he had any special instructions for the audience. He looked surprised for a second and then says ‘yeah, don’t anyone breathe,’” laughs Malone. “Just brilliant.”

Of course, this is a project featuring several artists. “I owe it all to the musicians. Alex was a consultant and co-producer. He is a good friend and worked hard on this, all the musicians worked hard. They all love the music and just wanted to be part of it. Doing this has been very liberating. All these talented artists on one project. I just want to blow people away with this music. It just might justify myself as an artist.”