Ever since the emergence of The Beatles, Liverpool has been pegged as the music capital of Northern England and, not very far away, Manchester has usually gotten a bad rap… until the 80s and then came a whole wave of bands that put that city on not just Britain’s, but the world musical map. This was a city that sprouted and proliferated labels like Factory Records and the sounds of bands like Joy Division (and New Order by extension), Happy Mondays, Inspiral Carpets, and The Stone Roses, among many others.

Fast forward to 2020 and we now have a city whose fabric has since become much more diversified. Today we present you one such artist – Harry Stafford, whose single ‘Painted Ocean’ will be released on February 28 ahead of his Gothic Urban Blues album. This is an album about the Metropolis, the naked city, the urban sprawl and the need to get back to the ripped back streets when you’re far away. If there are a million stories in the naked city, here are a few to keep you warm.

Mixed and engineered by Ding Archer (The Fall, PJ Harvey) at his 6Db Studio in Salford, this album was co-produced by Archer and Harry Stafford. Last month, Stafford released the lead track ‘She Just Blew Me Away’.

Inspired by the musings of such Jazz and blues stalwarts as Mose Allison and Hoagy Carmichael, ‘Painted Ocean’ is a smokey, barroom piano-blues, lament. “Inside this great box of water inside this bucket of trash”, ‘But despite the trash and the plastic and the pollution I’ll take it all because . . . I still have you . . .’ aww. “There’s only you.”

“This is a message that riffs on a sublime ‘painted’ ocean, which, while once was a heaving beautiful living thing, is now a dump!” says Harry Stafford. 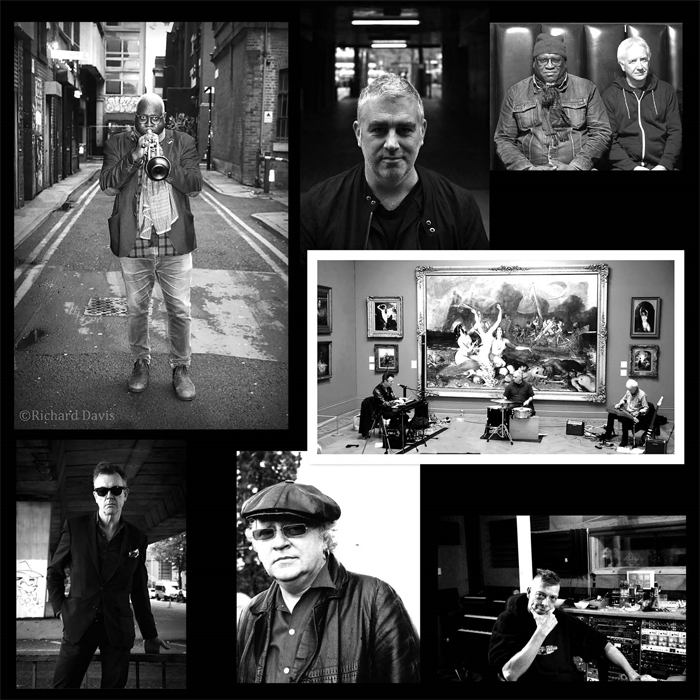 “I guess there’s little more depressing than seeing those pictures of millions of plastic bottles and trash floating around the coastlines of the world. Let’s clean it up!”

Stafford’s new output is a welcome addition to our listening palette and recommended to fans of blues and raw honest independent music alike – this is gutsy and relevant with a high level of production thanks to legendary sound engineer Ding Archer. We look forward to the full album.

Formed in the early 1980s, Inca Babies released four albums and multiple singles and Peel sessions. Much of his musical career has been spent with Inca Babies, playing across Europe and the world but in 2015, after 35 years with Inca Babies, Stafford decided to release untamed solo material that echoes his love of blues piano and barroom ballads.

The new album Gothic Urban Blues and debut solo album Guitar Shaped Hammers, released in December 2017, are the inevitable result, reflecting a multitude of ideas around a driving yet lilting punk-piano blues. The idea was for Stafford to leave his noisy electric guitar behind – abandoning everything he held and cherished – to make some new music with a piano and a head full of ideas.

The new album, out in March 2020, features a more defined sound of a band finding its stride. The band is now called Guitar Shaped Hammers to reflect this cohesion of musical unity – with more guitars from Vincent O’Brien, and an additional layered sonic blast from Nick Brown (The Membranes). With intense percussion from Rob Haynes and a truly masterful trumpet contribution from jazz supremo Kevin Davy, the result is very much the soundtrack of a basement radio station stumbling across a new genre they’ve tagged Gothic Urban Blues.

Already available to order via the artist’s Bandcamp, the full Gothic Urban Blues album will be released on March 27 on vinyl and CD, and also available digitally everywhere, including iTunes and Spotify.

The launch party for Gothic Urban Blues will take place on Saturday, April 4 at The Fitzgerald in Stevenson Square, Manchester. Harry Stafford will be joined by Guitar Shaped Hammers.

Here is a live rendition of this same song, performed live at The Whiskey Jar in Manchester’s Northern Quarter with Vincent O Brien on slide guitar and Rob Haynes on drums.