Flying home after a beautiful week of surfing in Costa Rica makes me pensive. Turning my fucking phone off for a week may also have something to do with it. I try not to think about the damage to my credit cards. I’d been diving into music biographies when my skin is too red or body too sore to surf; I’m a hack and don’t want to die out there. Anthony Kiedis’ “Scar Tissue” then Keith Richards’ “Life”;  great reads, both of them. Gives me perspective on their commitment level to their art, but also how lucky those fuckers were.

They were lucky to survive, yeah, crazy ass drug addicts shooting everything under the sun into their veins. Lucky their friends and family mostly stood by them. But really lucky they were in the right place at the right time.

I am in no way diminishing their talent, but a lot of the “greats” survived in a time when you could get swooped up and become a star in a day. Some took years of hard work, but even so that opportunity is almost non-existent now. It wanes in equal proportion to the waxing of the Internet. The year 2000 is pretty much the cap; just as grunge fizzles out there are no more stars born. No one hand-picked from the clubs sweating their asses off trying to get noticed and pretending they don’t want to be. Or so it seems.
Not that I mind I guess. I mean, I’m not bitter. Well maybe a little. Still, you have to play the hand you’re dealt, and I’m not unhappy playing sweaty rooms to sweaty people; it’s sexy as hell. More to the point, you need to be able to make your music into a money-generating machine to get noticed, by the corporation I mean. They are not interested in taking risks anymore, and album sales continue to plummet.

Thankfully live show sales are as good as ever. Huge festivals sell out on the regular. YouTube hits are, well, YouTube hits. The shit makes money. So you have to adapt, change, do something new. Not a bad thing, considering how copycat music has been since the money-machine took over in the ‘50s. It’s good for art.

We’re not going to talk about the viral sensations… that’s just quirky/teeny shit that caught fire for a brief moment in time and is inconsequential to what I like to call “real” music. A somersaulting raccoon can do the same job, without hurting your ears, and is way cuter. But since the dawn of rock ‘n’ roll, musicians have been copying each other. Since long before that actually, as the Blues were the same: one player copping another then building off their style. Those poor guys got the shaft though, as most of them missed the big-music boat in the 1950s when shit took off. 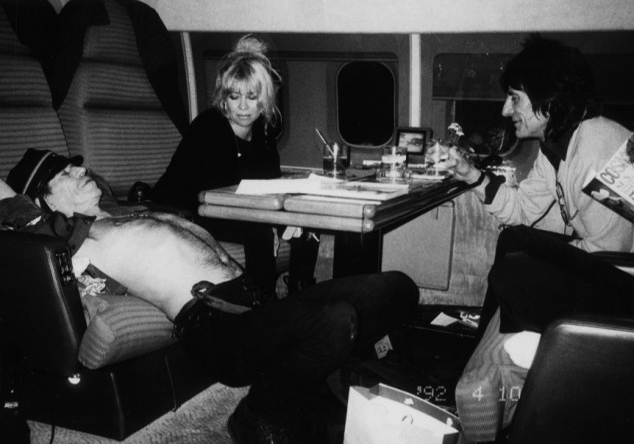 On The Rolling Stones’ first tour, they played to thousands of screaming teenage girls that would literally rip their clothes off and suffocate them if they didn’t escape from the venue on time. They would play for 15 minutes max, and were completely inaudible. They didn’t have 500,000 watt PAs back then. I’d wager that would’ve shut those girls up, or at least drowned them out. But here’s the thing: The Rolling Stones hadn’t even written an original song yet. They played covers: Bo Diddley, Chuck Berry, whatever was popular. One of their first hits was given to them by John Lennon and Paul McCartney: “I Wanna Be Your Man.” They had hit songs and had yet to find out if anybody in the band was even capable of writing an original tune. Lucky for them, they were.

By the time the Red Hot Chili Peppers came along it took a bit more club-work and flair (and originality) to get signed. But nowadays you have to do everything yourself. Build a brand, a business, market it, amass a large following, work 24/7 and maybe someone gives a shit. 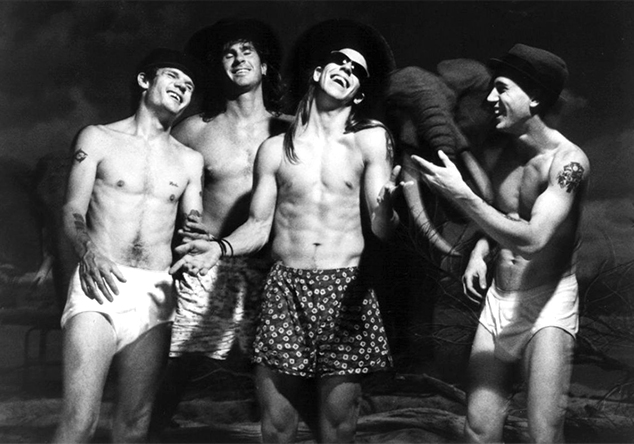 Does all this suck then to be a modern musician? Hell no. Yeah I’d love to get the big plane ride around the world and have to stop worrying about money and bills. But goddammit I would despise myself. One thing so many big-time musicians have in common is that they are spoiled brats. They know it, they can’t help it. It’s human nature. When someone says, “Hey you never have to worry about doing your laundry again. I’ll do it for you so you can focus on more important things,” you say, “okay.” Pantene Pro-V, fuck yeah I’m worth it.

But lament the albums, the covers, the artwork and the liner notes. Lament the concept projects, the six-month recording sessions and the cathedral rentals to get “that sound.” Lament the 747 jumbo jets with band names painted on the side, lament the fame and the fortune and the all the glory. It’s all singles from here on in baby, one song at a time. Considering that’s how music was recorded originally, I figure we’ve come full circle. Robert Johnson on the porch singing into a piece of spinning wax.

Live music continues to boom, and that’s all that matters. A lot of the old bluesmen got paid eventually; sometimes sixty years after their recording. I would liken our current time in music to that era. They did it all themselves, and were wary of anyone trying to give them money, support, or even adoration. Howlin’ Wolf never accepted a single advance from Chess Records. He’d been feeling like a slave long enough. We play and we pass around the hat. 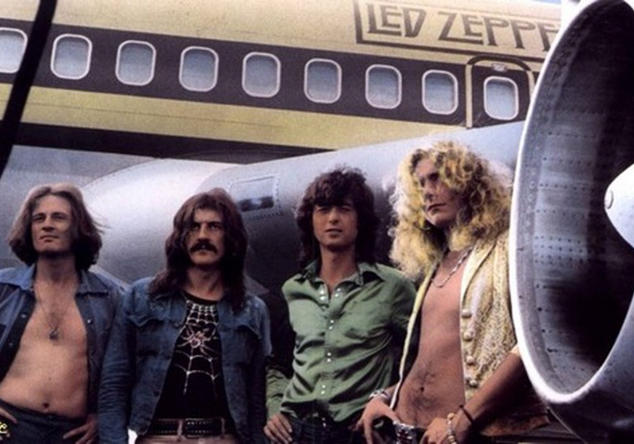 You can look back on every decade in rock ‘n’ roll history and say, “Wow they were so lucky to be living in such an amazing time!” But it’s all about distance and hindsight. Every decade was amazing, ‘50s, ‘60s, ‘70s, ‘80s, ‘90s… so why not this one? Artists these days can take pride in being self-made, and the connection with the audience is so much deeper because of this. They find you, if you’re worth finding.

I grew up a kid in the ‘90s, which so far was the last real rock revolution. I didn’t realize at the time that I was growing up in an amazing time, and I remember when “alternative” music actually meant just that. It was weird, stripped-down, offensive, sometimes apathetic music that was rock and roll because it was rebellion. I had a purple goatee and bones hanging off a second-hand leather jacket and tattoos when only sailors, convicts and strippers had them. I hot-boxed in the high school parking lot and taught guitar to other kids on my spares and breaks. I wrote songs on a four-track cassette recorder and experimented with backwards tape. I got virtually no sleep and loved it. I hate sleeping. What an incredible waste of time.

Only history can decide what this decade will mean to us in the future. Look at Johnny Cash’s massive success from a cover album he made not long before his death. Not that he didn’t already have fame, but that event thrust him indelibly into the public consciousness. I don’t know whether my own will get written into the history books, and I’m not going to lie and say I don’t care. But I’m going to keep trying to get noticed, and not take this time for granted: We are living, right now, in an amazing time. We just don’t know it yet.

“You have to measure up. Suddenly you’re in with the big boys, you’re not just pissing around in school gyms. Shit, this is pro. At least semi-pro; pro with no money.” ~ Keith Richards

James Stefanuk has an unbridled passion for good original music. He has been involved in the Toronto Indie scene for over a decade, and currently fronts the Alt-Blues band 'Jim Dan Dee'. In his spare time James plays with his Australian Shepherd 'Indie', drinks bourbon on the rocks and writes about himself in the third person.